Four men have been sentenced for a fraud disguised as a tax avoidance scheme, intended to defraud taxpayers of £100 million. The men falsely claimed to have invested £275 million 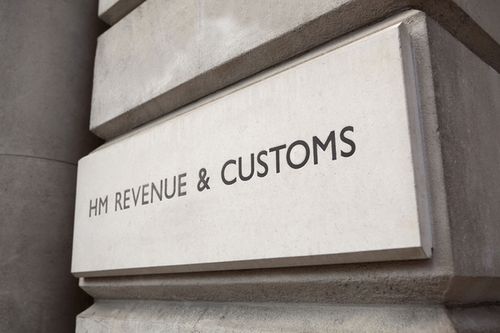 in film projects then used offshore companies to cover their tracks, but HM Revenue and Customs (HMRC) exposed it as a scam.

The scheme was created by accountant Keith Hayley and London-based financial advisers Robert Bevan and Anthony Charles Savill, and disguised as a film development venture marketed under the name of Little Wing Films. They boasted that for every £100,000 invested, higher rate taxpayers would get £130,000 in tax repayments from HMRC.

Little Wing Films found more than 275 investors - including football players, investment bankers and pop stars - who between them deposited more than £76 million in the scheme in the belief that they were helping the British film industry, while legitimately reducing their tax bill.

Norman Leighton, an accountant and corporate services provider based in Monaco, helped the trio to create the pretence that more than £250 million was being spent on pre-production and development activity, and creating film packages in Monaco. However, an HMRC investigation discovered that these packages had in fact cost only £4 million and had been created in Little Wing Films’ London offices.

Overall, the gang falsified expenses of more than £275 million to increase the scheme’s financial losses, which enabled investors to collectively claim around £100 million in tax repayments.

The four men were sentenced for a total of 29 years, after they were found guilty of Cheating the Public Revenue at Birmingham Crown Court. HMRC will also now begin to recover these repayments from the investors.

“This was a complex investigation in which great work by HMRC officers uncovered a web of offshore companies, fake transactions and a series of lies.

"The fraud was a deliberate attempt to steal from the taxpayer, as well as investors who now face hefty tax bills. These fraudsters were already wealthy individuals who thought they could get away with it – now they are paying the price behind bars.

“HMRC's investigators‎ exposed this crime and demonstrated that we are determined and capable of tackling all types of tax fraud, ‎regardless of the resources of those who commit it. We do not hesitate to use the full range of our powers to ensure that nobody is beyond our reach.”

Hayley, Bevan and Savill, together with Leighton, falsified paperwork to deliberately mislead HMRC investigators. In an attempt to hide their fraud they established several offshore companies registered in the British Virgin Islands that supposedly operated in Monaco, Geneva and the Channel Islands. These companies were in-turn fronted by family friends in the Philippines and Kolkata.

However, each of these companies did little more than pass investor funds through their bank accounts, from one to another and back again, sometimes several times, in order to give the appearance that more money had been invested than was in fact the case, inflating the scheme’s losses.

1. Details of the men jailed/sentenced at Birmingham Crown Court on 24 June 2016