What do FATCA & St Patrick's Day Have in Common? Leprechauns!

By law, many U.S. taxpayers with foreign accounts exceeding certain thresholds must file Form 114, Report of Foreign Bank and Financial Accounts, known as the "FBAR." It is filed 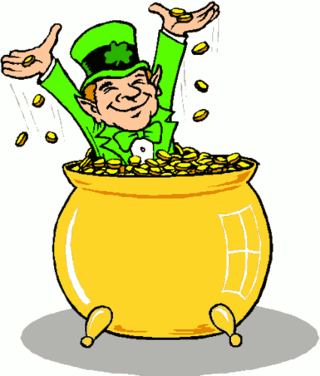 In 2015, FinCen received a record high 1,163,229 FBARs, up more than 8 percent from the prior year. In fact, FBAR filings have grown on average by 17 percent per year during the last five years, according to FinCen data. But in 2002, the IRS reported to Congress that the FBAR compliance rate was less than 20 percent because it had received fewer than 200,000 FBARs when one million taxpayers may have been required to file. The 2013 Taxpayer Advocate Report, replying on State Department statistics, cited that 7.6 million U.S. citizens reside abroad and many more U.S. residents have FBAR filing requirements for foreign accounts.  The Taxpayer Advocate noted that in Mexico alone, more than one million U.S. citizens reside, and many Mexican citizens reside in the U.S.  Only 1.1 million FBARs from a potential class of a low of seven million and a high of ten million FBAR filers, compliance with FBAR filing appears to be approximately fifteen percent (15%).  Is that a statistic to be bragging about?  Or is the IRS putting a brave face on a bad situation?

It is possible that a substantial majority of the US taxpayers including the US green card holders and H1B holders have less than $10,000 of FBAR reportable assets and thus also do not have $50,000 of Form 8939 reportable assets.   If this is true, then FATCA has been for naught.  A muti-billion dollar program chasing Leprechauns and their pots of gold (Happy St. Patricks Day).  If it is incorrect, then FATCA is a huge failure, a multi-billion dollar program that has not come close to producing its promised outcome.

Personally, I'm Irish and believe in Leprechauns, as well as my forthcoming social security pension in 20 years....