The Swiss Federal Council adopted the Anti-Money Laundering Ordinance (AMLO). It will enter into force on 1 January 2016. 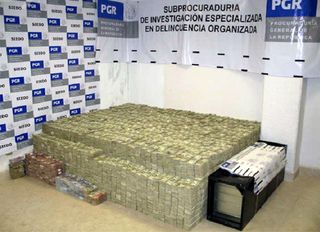 The new due diligence obligations and reporting duties for traders set out in the AMLA will be fleshed out in the new AMLO. They will be applied when traders accept cash payments of more than CHF 100,000 in the course of trading activities. At the same time, the existing Federal Council Ordinance on the Professional Practice of Financial Intermediation (PFIO) will be written into the AMLO. Moreover, the new legal provisions on the reporting system for financial intermediaries will be implemented by amending the Ordinance on the Money Laundering Reporting Office Switzerland (MROSO). Finally, Parliament also decided to improve transparency in the law on foundations whereby ecclesiastical foundations will now also have to be registered in the commercial register. For ecclesiastical foundations which already exist, the details of this obligation will be specified in greater detail in the Commercial Register Ordinance.

The new ordinance provisions will enter into force at the same time as the provisions of the corresponding Act on 1 January 2016.