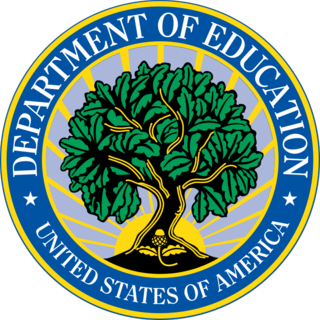 As illustrated by the closure of Corinthian Colleges, sudden closures of institutions that leave students with limited or no options to continue their studies present a major challenge. While institutions are already required to submit teach-out plans to accreditors following emergency actions or when a school plans to close, this is too little, too late in most cases. The Department recommends that Congress establish recognition standards that require accreditors to request more complete teach-out plans from high-risk institutions based on an expanded set of outcomes and other risk indicators.

Today the Department is taking the following steps to increase transparency and promote outcomes-driven accountability under current law:

Accreditors are required by statute to set standards for student achievement for schools to maintain their accreditation status. Under current law, the Department is barred from establishing any criteria for agency standards of student achievement. This allows some accreditors to set low or difficult-to-measure thresholds to maintain accreditation status, and others to rely on reviews of thresholds established by the institutions they accredit. Today the Department is publishing a chart with each agency’s stated student achievement measures, including any specific thresholds. This document reveals significant differences in the form, specificity, and performance levels among accreditors.

Increasing transparency in the accreditation process and in institutional oversight

The Department identifies poor-performing schools through oversight of the federal student aid system, while accreditors engage in their own reviews of institutional quality. Today, in an effort to inform its own oversight activities, the Department is requiring accreditors to submit decision letters when they place institutions on probation. To be transparent, the Department will post online all publicly releasable portions of such letters. Secretary Duncan is also directing Department staff to explore additional accreditation documentation that can aid the Office of Federal Student Aid (FSA) in safeguarding student and taxpayer dollars and take further action on those issues.

The Department also encourages accreditors and institutions to make their processes and decisions more open to the public and to students. One agency, the Western Association of Schools and Colleges’ Senior College and University Commission, has taken a constructive step in that direction by publishing final decisions for each school. Also, a few postsecondary institutions publish their self-studies or final decision letters voluntarily, which is another positive contribution to transparency and continuous improvement. Additionally, the Council for Higher Education Accreditation (CHEA), through its own recognition process for accreditors, requires that recognized accreditors inform the public about the bases for all final accreditation decisions.

Increasing coordination within the Department and among accreditors, other agencies, and states to improve oversight

Secretary Duncan is directing the Assistant Secretary for the Office of Postsecondary Education (OPE) and the Chief Operating Officer of FSA to report back within 75 days on strategies to improve information coordination across accreditors, OPE, and FSA. These open channels of communication can foster stronger oversight by helping all parties to better target problematic schools and situations for timely attention and action.

The Secretary is also requesting through his memorandum that Department staff provide further guidance and clarification to accreditors in understanding the flexibility they already have under current law to apply risk-based approaches in their oversight of institutions. Department staff are also asked to work with accreditors as they explore additional opportunities to direct their attention and resources to outcomes-driven oversight.

By publishing key student outcome measures for each institution alongside its accreditor, we hope to indicate the performance of all colleges and universities in each accreditor’s institutional portfolio relevant to those measures. Data elements drawn primarily from the College Scorecard include average net price for Title IV recipients, graduation rate, federal loan repayment and default rates, median debt of graduating students, post-school earnings, enrollment of Pell Grant recipients, enrollment of students over age 25 and part-time students, accreditation status, and heightened cash monitoring status. Institutional accreditors are also listed on the College Scorecard’s website (collegescorecard.ed.gov/data), where users can access and analyze even more extensive data for each institution.

The Department will ensure that accrediting staff in the Office of Postsecondary Education have access to critical outcomes data, state and federal litigation reports, and other information about each agency's schools prior to conducting their reviews. This information may help determine whether the accreditor has appropriate processes in place with respect to institutional outcomes and whether those processes were followed effectively, and will assist reviewers in understanding how accreditors handle institutions with weak outcomes and other flags. The Department will also supply that information to NACIQI to support its training and policy development activities, to help it frame a policy agenda regarding the agency recognition process, and for its own evaluation of accreditor standards and processes. In addition, the Department will encourage accreditors, within the scope of its current authority, to apply outcomes-directed measures in accreditation and monitoring of institutions that have weak outcomes.

The Department’s authority related to accreditation and student outcomes is narrowly defined in statute. The following legislative proposals build on the Administration’s efforts to highlight and improve outcomes in higher education and will help to protect students and taxpayers.

The Department recommends that Congress repeal the statutory prohibition on its ability to set and enforce expectations regarding student achievement standards in accreditor recognition. Building off of today’s executive actions to publish the wide range of accreditors’ student outcome standards and the performance of their institutions, we recommend that Congress provide for the differentiated recognition of accreditors based on student outcomes and other risk-based criteria. Such differentiation will allow the Department to better reward high-performing accreditors with reduced burden, such as fast-track recognition and less-frequent recognition reviews, and provide more rigorous and frequent recognition processes for low-performing accreditors.

This critical reform would provide an incentive for accreditors to scrutinize the student outcomes of the schools in their portfolios and focus their time and attention on lower-performing schools; and would encourage low-performing accreditors to improve their schools’, and by extension their own, performance.

As illustrated by the closure of Corinthian Colleges, sudden closures of institutions that leave students with limited or no options to continue their studies present a major challenge. While institutions are already required to submit teach-out plans to accreditors following emergency actions or when a school plans to close, this is too little, too late in most cases. The Department recommends that Congress establish recognition standards that require accreditors to request more complete teach-out plans from high-risk institutions based on an expanded set of outcomes and other risk indicators.

Accreditors would also be required to ensure that there are resources available to cover the costs of executing such teach-out plans to shield students and taxpayers.

Establish a set of standardized, common definitions and data reporting

Frequently, accreditors use different language and terminology to describe similar things, often with significant variation across accreditors. For example, “show cause” is a term that may mean a different action, depending on the accreditor, which creates confusion and does not allow for easy comparisons. In 2012, the American Council on Education encouraged accreditors to “reduce these discrepancies” and to “use a common vocabulary and associated set of definitions,” as well as to use “statistical reporting requirements that are consistent with existing state and federal definitions.” Regional accreditors recognized this same need and announced the development of a framework of common terms in April 2014. The Department plans to study those efforts and supports the formation of a clear and consistent set of key accreditation terms, definitions, and reporting requirements, which is essential in allowing policymakers and the public to compare accreditation statuses, actions, and other key elements, and in promoting transparency. While we should recognize variation, the Department recommends that Congress require a single federal vocabulary for major actions and terms, including sanctions and key outcomes.

Increase transparency on an expanded set of accreditation material and actions

Transparency will shine greater light on the complex, often-opaque accreditation process, and will provide information that policymakers, analysts, and others can use to hold accreditors publicly accountable. Today, the Department announced that it will begin doing what it can under current law to increase transparency. However, more needs to be done.

The Department recommends that Congress require all final accreditation documents relating to academic and institutional quality be made publicly available for each eligible institution participating under Title IV, and published at a federally maintained website. This includes any final report or analysis of the agency or association, as determined by the Secretary in consultation with NACIQI, regarding whether an institution or program is in compliance with the standards of the agency or association.