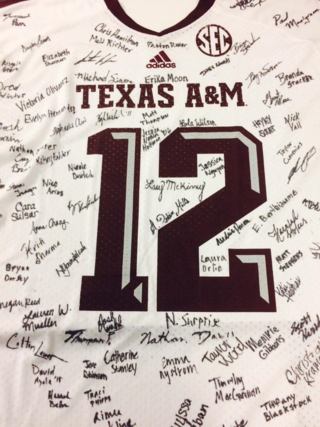 Aggie Law’s orientation week just wrapped up – and mine as well as one of the 11 new Texas A&M law faculty.  The Dean, Andy Morriss, hosted an incoming Aggie BBQ - and Texas BBQ is good BBQ.

139 new Texas Aggies hailing from more than 60 universities, already greeting me in the ‘Howdy’ tradition at every turn.

I’m looking forward to engaging with Aggie diversity - one-fifth the first member of the family to graduate from college, quarter ethnically diverse, and majority female.

Just watched the Aggie incoming student interviews.  Quotes like “Aggie land is home”, “I feel like I could walk up to anyone and start a conversation with them” and “It’s like a big family here” - think I am going to like it here – a lot.

Especially after my first Aggie football game - against the Arkansas Razorbacks - Sept 26th.