Musing over the IRS' income tax data by county and by zipcode because it can provide valuable insight for, by example, where to locate a business that depends on foot traffic, where to live (for a well funded local public school) and where to direct marketing efforts for financial planning and wealth management.

Take for instance California.  Some counties have substantially more tax filers in the category above $200,000 income, than others.  The entire state has 802,100 tax filers reporting $200,000 and greater income, 83% being married couples (665,110).   That's almost twice New York State's with just 413,720 (of course, to understand New York City, I would need to add in the metropolitan stats from the tri-state Connecticut and New Jersey suburbs of the City).  However, Texas beat out New York at 433,150 high earner returns, whereas Florida only had 278,560.

Back to Cali.  74% (593,000) use a tax advisor (tax return signed by tax preparer).  Thus, at least 26% do not yet have a tax advisor, representing an opportunity at 209,100 high earning new clients for my tax students.  This group earned $236 billion in wages and salaries, representing approximately 62% of their combined $381.2 billion taxable income, but only 50% of their $474 billion of adjusted gross income.  Thus, 38% of the income is from other sources, primarily investments.

Just about $101 billion in local, state and federal tax was collected from this group, representing a 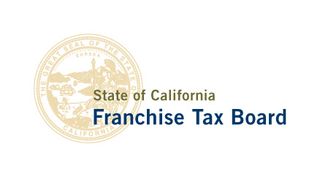 26.4% tax rate of taxable income, but only 21.3% of wealthy Californians' AGI.  Given the lower investment tax rates, retirement benefits, and deductions systems for mortgage and charitable contribution, this makes sense, though perhaps not exactly a progressive, equitable distribution system.

New York State paid a 26.5% overall tax rate, representing $68 billion total tax liability from $247 billion taxable income, but only a 22% tax rate when compared to their $304 billion AGI.  Floridians did not pay too much less at a 25.2% rate ($43 billion on $170 taxable billion), dropping to 22.3% against $193 billion AGI.  Texas AGI $260 billion with $60 billion in tax paid is a 23% tax rate, increasing to a 26% tax rate of $232 taxable income.  Give or take a percent, the four states high earners paid about the same overall tax rate.  So broadly speaking, moving from New York to Florida or California to Texas doesn't make that much difference (at least in the very big picture).

The San Fran metropolitan area beats LA which has only 177,290.  But add in Orange's 86,460, which is serviced by LA, and the number is comparable at 263,750.  San Diego, too far a drive to LA to fit into a tri-county map, has only 69,850 of which 73% already have at least a tax preparer if not a tax advisor, just about the state's overall number.   An Orange based firm, located on the interstate, equidistant to both LA and San Diego (with a driver service) might be able to service the tri-county area, expanding the opportunity base to all 333,600 high earners.