Enforcing the "Phase One Deal" between the United States and China: Time to Change Course? 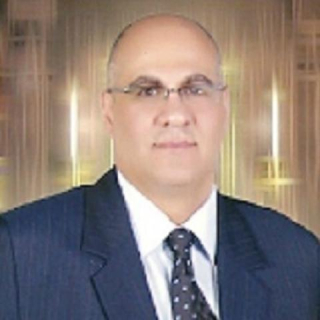 We are pleased to share with you the following Guest Blog Post from Professor Bashar Malkawi, Global Professor of Law at the University of Arizona.

The "Economic and Trade Agreement between the Government of the United States of America and the Government of the People's Republic of China," known as the Phase One Deal, entered into force on February 14, 2020. Through this agreement, China would, among other things, make structural reforms, open its financial services, and strengthen intellectual property. As a part of this deal, China pledged to buy at least $200 billion more U.S. goods and services over the course of 2020 and 2021. However, after almost two years, complaints have arisen about China not meetings its obligations under the Phase One Deal. According to some statistics, China has reached only sixty two percent of that target. Thus, the current state of affairs presents the question of compliance and enforcement under the Phase One Deal.

Flaws in the deal’s provisions present a very important question: is the Phase One Deal effective enough or are other measures needed to resolve market issues between China and the United States?

According to the provisions of the Phase One Deal, the U.S. and China agreed to an innovative approach for the compliance and enforcement of their agreement. Chapter Seven of the Phase One Deal details the steps needed to ensure effective implementation of the agreement. The Phase One Deal created the Trade Framework Group to discuss the implementation of agreement, led by the United States Trade Representative, a designated Vice Premier of the People’s Republic of China, and a Bilateral Evaluation and Dispute Resolution Office for each party. As in a typical trade agreement, a complaining party can submit an appeal to the Bilateral Evaluation and Dispute Resolution Office of the party complained against when there is an issue regarding the agreement. If this issue is not resolved, then the matter can be raised to the designated Deputy United States Trade Representative and the designated Vice Minister.

The Phase One Deal provides that if the concerns of the complaining party are not resolved at the level of the United States Trade Representative and the designated Vice Premier of the People's Republic of China, then "the Parties shall engage in expedited consultations in response to the damages or losses incurred by the Complaining Party. If the parties reach consensus on a response, the response shall be implemented. But if the “Parties do not reach consensus, the Complaining Party may resort to taking action, including by suspending an obligation under this Agreement or by adopting a remedial measure in a proportionate way that it considers appropriate.”

Thus, one of the issues with the Phase One Deal emerges when Article 7.4 permits either party—but of course for all practicality, it is the U.S.—to unilaterally retaliate by suspending an obligation or by adopting a remedial measure in a “proportionate way,” with the purpose of preventing the escalation of the situation and maintaining the normal bilateral trade relationship, as long as the action was taken in good faith. The language used creates room for wide interpretation, such as "proportionate way" and "good faith." Rather than achieving the purported goals of the Phase One Deal of managing trade in a peaceful manner, the dispute resolution language may lead to escalation of trade tensions between the U.S. and China. This is exacerbated by the fact that, according to the Phase One Deal, it is the complaining party who determines whether there is a violation of the agreement, as there is no independent panel or tribunal that makes this determination. The Phase One Deal is not clear on the remedial measures that can be taken by the complaining party, whether it is the suspension of tariff or quota concessions or imposing additional tariffs and for how long these measures can be taken. In sum, the U.S. can unilaterally determine whether a violation has occurred and subsequently, the duration of the suspension of concessions and the severity of this suspension.

The question of whether it is expected of both parties—but mainly the U.S.—to take unilateral measures to enforce the Phase One Deal remains. Although statements made by U.S. officials indicate that this is likely, thus far, evidence shows that enforcement under the Phase One Deal may not happen for several reasons. First, when the U.S. takes action, China can either accept the remedial measure, along with a promise not to retaliate, or withdraw from the Phase One Deal. The latter option is more harmful than taking the remedial measure itself. Second, from an economic perspective, any targets achieved under the deal are better than nothing or, worse, reverting to trade wars with China. Third, from a geopolitical perspective, there are few, if any, alternative venues to force China to abide by its trade obligations. The World Trade Organization (WTO) is in bad shape, especially its Appellate Body, "the crown jewel" of the organization, which has the final say on trade disputes. Furthermore, it is doubtful whether the Phase One Deal can be legitimate under WTO rules. The WTO Agreement on Safeguard, provides that:

"A Member shall not seek, take or maintain any voluntary export restraints, orderly marketing arrangements or any other similar measures on the export or the import side. These include actions taken by a single Member as well as actions under agreements, arrangements and understandings entered into by two or more Members. Any such measure in effect on the date of entry into force of the WTO Agreement shall be brought into conformity with this Agreement or phased out."

In addition to the question of whether the Phase One Deal can and will be enforced, there is the question of whether the substance of the deal itself is sound and legitimate. As it stands, the purpose of this deal is, essentially, to manage trade instead of to correct market problems between the U.S. and China. This is evidenced by the fact that one of the main provisions of the deal is to have China engage more heavily in trade with the U.S.. This provision of the deal can be attributed to the misdiagnosis of the market issues between these two countries by former US President Donald Trump. According to Trump, the root of the market issues between the U.S. and China was the trade deficit. However, managing trade in order to attempt to improve the trade relationship between the U.S. is the wrong approach and “distracts from the engagement necessary to address the costly incompatibilities of the Chinese economic system with the more market-oriented economies of the U.S., European Union, Japan, and other like-minded countries”.

This is not to say that the deal does not contain useful provisions. For example, in the Phase One Deal, China pledged to increase the enforcement of intellectual property law violations, to remove technical barriers to trade, and to allow additional market access. Although these aspects of the deal can be the foundation for future progress, certain integral flaws cannot be overlooked and it cannot be said that managing trade—micro-managing, even—is the solution to trade issues between the U.S. and China.

In conclusion, putting aside the political rhetoric, opening the Phase One Deal to re-adjustment and negotiations seems to be the most plausible option in the short term. The Phase One Deal has been a success, despite the flaws in the deal's text. For example, some elements of the deal that are worth preserving and building upon are “China’s pledge to strengthen enforcement against intellectual property law violations and its vow to expand opportunities for foreign investment in markets like financial services.” Although no country should be forced to import from another country, China was, nevertheless, willing to import from the U.S. in increased quantities, at least, making the sentiments behind the deal, and the intent to resolve market issues and the trade war with the U.S., valid. Thus, the U.S. should re-attempt to establish diplomacy and negotiations. Not only would it benefit the U.S. to have intellectual property protections honored in China, but it would give the U.S. more investment opportunities in the future and help alleviate the ill effects of the trade war.

Guest Blog Post from Professor Bashar Malkawi, Global Professor of Law at the University of Arizona