Rasmussen Award for the Advancement of Women in International Law 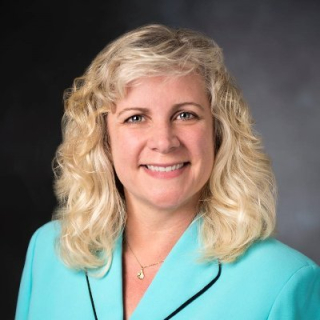 Professor Cindy Buys of the Southern Illinois University School of Law has been selected as the 2021 recipient of the Mayre Rasmussen Award for the Advancement of Women in International Law. The award is presented by the American Bar Association's Section of International Law.

The Mayre Rasmussen Award is a non-monetary honor conferred on distinguished lawyers who are recognized for their outstanding contributions to the advancement of women in international law.

A pioneer in the field, Mayre Rasmussen was one of the first women to break into the practice of international business law at a major international law firm (Coudert Brothers). After making her mark in private practice, she went on to successes in corporate law at two different companies in the San Francisco Bay area. One of the first women to hold a senior leadership position in the ABA Section of International Law (as it is now known), Mayre also mentored many current and former Section leaders, particularly women rising in the Section and, more generally, in the ABA. In addition, Mayre was one of the founders of the Women’s Interest Network (“WIN”), one of the Section’s most successful committees, which is devoted both to promoting and protecting the rights and interests of women around the globe and to advancing the engagement of women in the practice of international law.

Professor Buys joined the SIU School of Law faculty in 2001. She teaches International Law, International Business Transactions, Constitutional Law, Immigration Law, and a variety of other international law and study abroad courses. In 2008, Buys was a Fulbright Senior Specialist in Vilnius, Lithuania, and in 2015, she was a Visiting Professor at Bangor University in Wales. She has been named both the Outstanding Teacher of the Year (2013) and the Outstanding Scholar of the Year (2016). She also was awarded the Illinois State Bar Association Elmer Gertz Award in 2016 for her work advancing human rights.

Professor Buys holds leadership positions in the American Society of International Law, the American Bar Association, the Illinois State Bar Association, and the United Nations Association–Southern Illinois Chapter. She is a member of the Illinois Advisory Committee to the U.S. Commission on Civil Rights and serves on the Boards of The Immigration Project and the Southern Illinois Immigrant Rights Project. She also has served as a panelist for NAFTA Chapter 19 disputes.

Prior to coming to the SIU School of Law, Professor Buys spent ten years in public and private practice in Washington, D.C.  Buys was an attorney with the U.S. Department of Commerce where she advised the Import Administration in connection with its implementation and enforcement of U.S. antidumping and countervailing duty laws. In that capacity, Professor Buys defended the agency’s decisions before the Court of International Trade, the Court of Appeals for the Federal Circuit, and World Trade Organization panels. Prior to that, Professor Buys was in private practice with a Washington, D.C., law firm that specialized in international transportation law.

Professor Buys has an LL.M., with distinction, from Georgetown University School of Law in International and Comparative Law, where she earned the Chetwood Prize for the Most Outstanding Academic Performance. She also holds a J.D. degree and an M.A. in International Relations from Syracuse University. Professor Buys obtained her B.A. from the State University of New York at Albany where she majored in Political Science and minored in French and Fine Arts.

Congratulations to Professor Buys on the recognition of her contributions