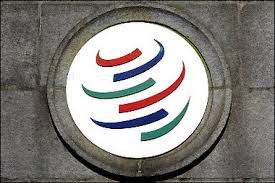 On October 1, Timor-Leste formally began the process to become a member of the World Trade Organization (WTO). Timor-Leste stated its commitment to the principles, objectives, and rules of the WTO. It is also seeking to join the Association of Southeast Asian Nations or ASEAN. In response, WTO Deputy Director-General Alan Wolff stated: “It is an important day for Timor-Leste as well as for the WTO. The WTO gain[s] strength from the accessions of new countries coming in with their commitments to the world trading system." There are currently 164 members of the WTO and there are 22 countries in addition to Timor-Leste that are seeking accession. For more information regarding Timor-Leste's bid for accession, see this WTO news release.

In other WTO news last week, the United States notified the Dispute Settlement Body of its intention to appeal the panel report in a long-running dispute between the United States and Canada: United States - Countervailing Measures on Softwood Lumber from Canada (DS533). However, due to unfilled vacancies on the WTO Appellate Body, there is no Appellate Body available to hear the dispute at the present time so what will happen with this appeal remains unclear. More information about these issues can be found here.