Tracing Goods Made by Child Labor

The U.S. Department of Labor’s Bureau of International Labor Affairs (ILAB) today announced its intent to award up to $8 million in grant funding for up to two technical assistance projects to improve downstream tracing of goods made by child labor or forced labor. The grant will support the recipient’s development of tested supply-chain methodologies, piloted tools for supply-chain tracing, and disseminating supply-chain tracing tools and methodologies to stakeholders.

ILAB’s mission is to promote a fair global playing field for workers in the U.S. and around the world by enforcing trade commitments, strengthening labor standards, and combating international child labor, forced labor, and human trafficking.

Given the risks posed by COVID-19, and considering feedback gathered from faculty and deans across the United States, the Association of American Law Schools announced today that it will  hold the 2021 AALS Annual Meeting in a virtual format rather than holding the in-person meeting in San Francisco.

The Singapore Convention on the enforcement of mediated settlement agreements will enter into force on December 9, 2020. As Houston Putnam Lowrey puts it, "the initial list of contracting states is modest":

The Convention will also enter into force for Belarus on January 15, 2021.

The United States is among the countries that have signed but not yet ratified the Singapore Convention. The full list of the 46 or so other signatory states can be found on the UNCITRAL website by clicking here.

The text of the convention can be found by clicking here. 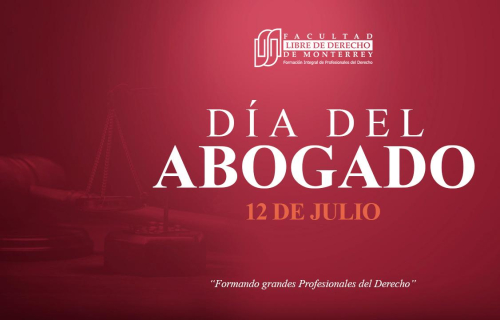 The NhRP expects to argue its appeal this fall.

The NhRP is asking the New York Supreme Court, Appellate Division, First Department to recognize Happy’s common law right to bodily liberty, reverse the Bronx Supreme Court’s dismissal of Happy’s habeas petition, and remand the case with instructions to order Happy’s release to The Elephant Sanctuary in Tennessee: “This Court has the duty to safeguard and uphold the fundamental common law liberty interest of autonomous beings,” writes the NhRP in its appellate brief. “As Happy is an autonomous being, this Court must recognize her right to bodily liberty protected by habeas corpus and order her freed.”

In February of 2020, Bronx Supreme Court Justice Alison Y. Tuitt issued a decision in Happy’s case after over 13 hours of oral argument, writing that the Court “agrees [with the NhRP] that Happy is more than just a legal thing, or property. She is an intelligent, autonomous being who should be treated with respect and dignity, and who may be entitled to liberty … the arguments advanced by the NhRP are extremely persuasive for transferring Happy from her solitary, lonely one-acre exhibit at the Bronx Zoo to an elephant sanctuary.”

However, Justice Tuitt dismissed Happy’s habeas petition because “regrettably … this Court is bound by the legal precedent set by the Appellate Division when it held that animals are not ‘persons’ entitled to rights and protections afforded by the writ of habeas corpus.”

In 2018, as favorably cited to by Justice Tuitt, New York Court of Appeals Justice Eugene M. Fahey issued a concurring opinion in which he urged his fellow judges to treat the question of nonhuman animals’ rightlessness as “a deep dilemma of ethics and policy that demands our attention … The issue whether a nonhuman animal has a fundamental right to liberty protected by the writ of habeas corpus is profound and far-reaching. It speaks to our relationship with all the life around us. Ultimately, we will not be able to ignore it.” Justice Fahey also criticized the Appellate Division decisions in the NhRP’s chimpanzee rights cases, making clear they were wrongly decided on the grounds that the NhRP’s clients aren’t members of the human species and cannot bear legal duties.

“The First Department has the opportunity to do the right thing by correcting these serious errors of law and giving Happy a chance to experience the freedom, peace, and dignity of a sanctuary where formerly imprisoned elephants, including those traumatized by solitary confinement in zoos and circuses, have been able to heal and thrive,” said Elizabeth Stein, an attorney with the NhRP and Happy’s local counsel.

In 2005, Happy made history as the first elephant to demonstrate self-awareness via the mirror test. In 2018, she made history again as the first elephant to have a habeas corpus hearing after the NhRP initiated her case, which draws on centuries of common law precedent and robust scientific evidence of elephants’ cognitive, emotional, and social complexity. Five of the world’s most respected elephant experts, including Dr. Joyce Poole and Dr. Cynthia Moss, have submitted unrebutted affidavits in support of Happy’s case.

In May of this year, the Chief Justice of the Islamabad High Court in Pakistan described Happy as an “inmate” at the Bronx Zoo. Relying in part on Justice Tuitt’s decision and Justice Fahey’s opinion, Chief Justice Athar Minallah affirmed “without any hesitation” the rights of nonhuman animals and ordered the release of an elephant from a zoo to a sanctuary.

The Wildlife Conservation Society continues to claim Happy doesn’t get along with other elephants despite abundant evidence to the contrary, including her relationship with an elephant named Grumpy who was euthanized after two other elephants held in the exhibit fatally attacked her.

Alongside the NhRP’s litigation, its grassroots advocacy campaign on behalf of Happy has gained significant momentum and drawn the support of such influential public figures as Queen guitarist Brian May, New York City Council Speaker Corey Johnson, and animal advocates in New York and around the world. Meanwhile, a Change.org petition calling for Happy’s release from solitary confinement has over a million signatures and continues to grow.

The NhRP expects to argue its appeal this fall. The Wildlife Conservation Society has until August 12th to file its reply brief.

CASE NO./NAME: THE NONHUMAN RIGHTS PROJECT, INC. on behalf of HAPPY, Petitioner, v. JAMES J. BREHENY, in his official capacity as Executive Vice President and General Director of Zoos and Aquariums of the Wildlife Conservation Society and Director of the Bronx Zoo, and WILDLIFE CONSERVATION SOCIETY (Appellate Case No. 2020-02581)

Description: This position is designed for individuals pursuing a career in law teaching and seeking to gain law teaching experience, while being afforded time to devote to scholarly writing and publication.  Applicants should have strong academic credentials, writing experience in a judicial clerkship, law practice, or both, and excellent written and oral communication skills.  The Fellow will be responsible for teaching legal reasoning, legal research, legal writing, and oral advocacy skills to two sections of first-year law students in a three-credit hour class each semester.  The Fellow will teach his or her own classes, but will have the benefit of working under the guidance of an experienced director and with experienced professors in a program in which the director and the professors teaching the courses coordinate the content and pace of the courses.  The Fellow will also have student teaching assistants to aid with courses.  The Fellow will have a faculty mentor in addition to the other professors teaching in the program.  One-year contracts may be renewed.  Salary is competitive with fellowships of a similar nature.  Westerfield Fellows have been successful in obtaining tenure track positions at a number of ABA accredited law schools.

About the School: The College of Law is located in a largely residential area of New Orleans, one of the most culturally diverse cities in the United States, with unique cuisine, numerous museums and historical sites, and a flourishing arts community.  New Orleans is also the seat of the United States Fifth Circuit Court of Appeals, the Federal District Court for the Eastern District of Louisiana, the Louisiana Supreme Court, and the Louisiana Fourth Circuit Court of Appeals, as well as other lower courts.   The College of Law has a student population of approximately 500 students, over forty faculty members, active clinics that have spearheaded numerous social justice reform efforts, and summer programs in Europe and Central America.  Its location in Louisiana, one of the world’s best known “mixed jurisdictions,” provides unique opportunities for comparative and international law scholarship.

Loyola University New Orleans is an educational institution dedicated to fostering intellectual achievement, personal development, and social responsibility, and it is committed to the human dignity and worth of every person.  Loyola University New Orleans strives to create and maintain a working and learning environment in which individuals are treated with dignity, decency, and respect. The University acknowledges and values individual differences, including, but not limited to, the dimensions of race; color; sex; national origin; age; religion; gender identity; transgender status; sexual orientation; ethnicity; disability status; and marital status and citizenship status. We recognize that diversity enriches our social interactions and intellectual lives, and we strongly encourage applications from individuals who will bring diversity to the College of Law.

Dean Louis Westerfield was the first African American dean of the College of Law.  He is remembered for promoting diversity and excellence in legal education.

Review of applications will continue until the position is filled.  Applications should be emailed to resumes@loyno.edu.