Does the US-Guatemala Asylum Cooperative Agreement Deny Asylum in Violation of International Law? 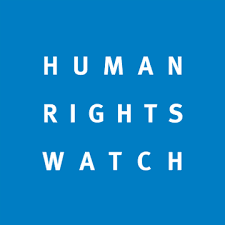 Human Rights Watch and Refugees International have raised serious concerns that the United States-Guatemala Asylum Cooperative Agreement (ACA) denies asylum seekers the opportunity to apply for asylum in violation of international law. In a joint report, “Deportation with a Layover: Failure of Protection under the US-Guatemala Asylum Cooperative Agreement,” they allege that the ACA allows the United States to send non-Guatemalan asylum seekers, such as those from Honduras and El Salvador, to Guatemala without the opportunity to apply for asylum in the United States. The report further alleges that Guatemala does not qualify as a safe third country because it is unable to provide a full and fair procedure for these persons to apply for asylum or similar protection.  According to the report, the United States transferred 939 persons to Guatemala between November 2019 and March 2020, when the agreement was suspended due to COVID-19.

Under Article 33 of the 1951 Refugee Convention, to which both the United States and Guatemala belong, parties are prohibited from returning a person to a territory where his or her life or freedom would be threatened on account of race, religion, nationality, political opinion, or membership in a particular social group (non-refoulement).  To comply with this obligation, states must have a process to determine whether a person is a refugee before expelling that person or returning the person to another country.