The ICJ indicates provisional measures to protect the Rohingya in Myanmar 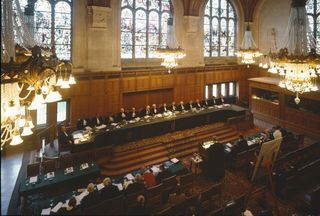 On 11 November 2019, the Republic of The Gambia filed proceedings against the Republic of the Union of Myanmar concerning alleged violations of the Convention on the Prevention and Punishment of the Crime of Genocide (“Genocide Convention”). The Gambia argued that Myanmar has committed and continues to commit genocidal acts against members of the Rohingya group, which it describes as a “distinct ethnic, racial and religious group that resides primarily in Myanmar’s Rakhine State.” The Application contained a Request for the indication of provisional measures, seeking to preserve, pending the Court’s final decision in the case, the rights of the Rohingya group in Myanmar, of its members and of The Gambia under the Genocide Convention.

The ICJ may indicate provisional measures only if the provisions relied on by the Applicant appear, prima facie, to afford a basis on which its jurisdiction could be founded. The ICJ must also satisfy itself that the rights whose protection is sought are at least plausible and that there is a link between those rights and the measures requested. The ICJ will indicate provisional measures only if there is a real and imminent risk that irreparable prejudice will be caused to the rights in dispute before the ICJ gives its final decision.

In view of the fundamental values sought to be protected by the Genocide Convention, the ICJ considered that the right of the Rohingya group in Myanmar and of its members to be protected from killings and other acts threatening their existence as a group, are of such a nature that prejudice to them could cause irreparable harm. 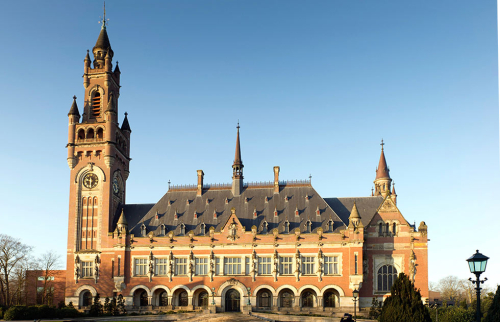 The ICJ noted in its order that the reports of the Fact-Finding Mission have indicated that, since October 2016, the Rohingya in Myanmar have been subjected to acts which are capable of affecting their right of existence as a protected group under the Genocide Convention, such as mass killings, widespread rape and other forms of sexual violence, as well as beatings, the destruction of villages and homes, denial of access to food, shelter and other essentials of life. The Court is of the opinion that the Rohingya in Myanmar remain extremely vulnerable, observing in particular that the Fact-Finding Mission concluded in September 2019 that the Rohingya people remained at serious risk of genocide.

The ICJ noted that Myanmar stated during the oral proceedings that it is engaged in repatriation initiatives to facilitate the return of Rohingya refugees present in Bangladesh and that it intends to promote ethnic reconciliation, peace and stability in Rakhine State, and to make its military accountable for violations of international humanitarian and human rights law. In the view of the Court, however, these steps do not appear sufficient in themselves to remove the possibility that acts causing irreparable prejudice to the rights invoked by The Gambia for the protection of the Rohingya in Myanmar could occur.

In light of these considerations, the Court finds that there is a real and imminent risk of irreparable prejudice to the rights invoked by The Gambia. The ICJ concluded that the conditions required by its Statute for it to indicate provisional measures were met, and it indicated the following provisional measures:

The Republic of the Union of Myanmar shall, in accordance with its obligations under the Convention on the Prevention and Punishment of the Crime of Genocide, in relation to the members of the Rohingya group in its territory, take all measures within its power to prevent the commission of all acts within the scope of Article II of this Convention, in particular:

(a) killing members of the group;

(b) causing serious bodily or mental harm to the members of the group;

(c) deliberately inflicting on the group conditions of life calculated to bring about its physical destruction in whole or in part; and

(d) imposing measures intended to prevent births within the group;

The Republic of the Union of Myanmar shall take effective measures to prevent the destruction and ensure the preservation of evidence related to allegations of acts within the scope of Article II of the Convention on the Prevention and Punishment of the Crime of Genocide;

The Republic of the Union of Myanmar shall submit a report to the Court on all measures taken to give effect to this Order within four months, as from the date of this Order, and thereafter every six months, until a final decision on the case is rendered by the Court.”

(Adapted from an ICJ Press Release)