Investment Dispute Settlement in the Americas 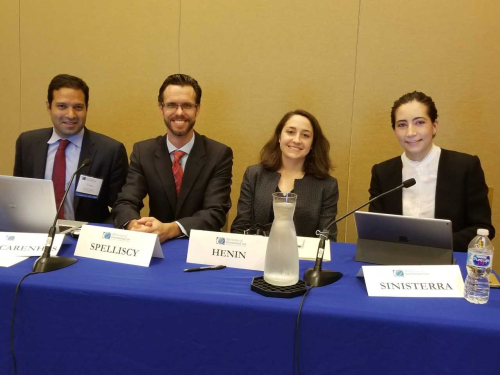 The Fall Meeting of the American Bar Association Section of International Law concludes today in Miami, finishing a week of outstanding substantive panels on various aspects of transnational business, foreign investment, and international law, and with a special focus on Latin America and the Caribbean.

One of the final panels was on investment dispute settlement in the Americas, including disputes under bilateral and multilateral treaties applicable in the Americas:

The panel also considered other bilateral treaties that the United States has with various nations of Latin America and the Caribbean, including:

The panel discussed new developments and trends in international investment arbitration, including the "Mauritius Convention on Transparency," formally known as the United Nations Convention on Transparency in Treaty-based Investor-State Arbitration. The Mauritius Convention entered into effect just 10 days ago, on October 18, 2017. It is an instrument by which Parties to investment treaties concluded before 1 April 2014 agree to apply the UNCITRAL Rules on Transparency in Treaty-based Investor-State Arbitration,  a set of procedural rules to make information publicly available on investor-State arbitrations under investment treaties. Although it has been signed by a number of countries (including the United States), so far only Canada, Mauritius, and Switzerland have ratified that treaty (and that was enough to bring the treaty into effect 10 days ago).

Ethics of Client Communication with New Media in a Global Pracitce

The American Bar Association Section of International Law continues today in Miami. One of the CLE panels is on the ethics of client communications with new media in a global practice. 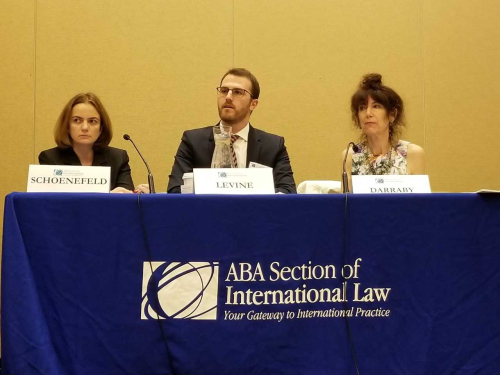 The panel did not mention any active litigation matters involving the International Law Prof Blog.

One new resource for attorneys interested in these issues is the Handbook of Global Social Media Law for Business Lawyers, edited by John Isaza and Valerie Surgenor and published by the ABA Business Law Section. The book covers employees and social media, social media as evidence, cybersecurity, electronic defamation, and specific social media legislation for a number of countries including Australia, Brazil, Cambodia, Canada India, Indonesia, Malaysia, New Zealand, Pakistan, Turkey, the United Kingdom, and Vietnam. 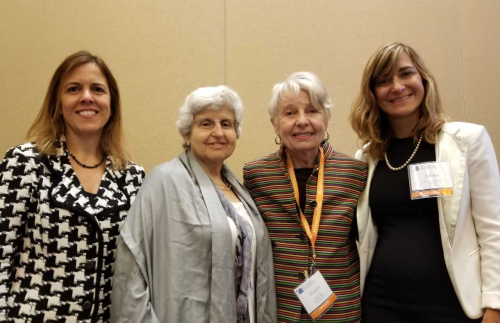 The Fall Meeting of the American Bar Association Section of International Law continues today in Miami with CLE panels, a luncheon, and a closing reception. One CLE program held today considers the advances Latin America has made in gender equality. The program noted that a 2016 study of 583 companies in 42 countries worldwide documented that although gender diversity was expected to generally stagnate in the next decade, women in Latin America are expected to hold 45 to 50% of all executive positions in corporations by 2025.

The panel, titled "Deconstructing the Myth of Machismo: Latin America's Leadership in Gender Equality," was moderated by the nationally-renowned journalist Eleanor Clift (former Newsweek correspondent, panelist on the McLaughlin Group, and author of books such as Madam President and Founding States and the Nineteenth Amendment). The speakers were:

The panel chair was the Honorable Delissa A. Ridgeway, a judge of the U.S. Court of International Trade who has helped the ABA Section of International Law create some of its most interesting and engaging CLE panels.

Legal Ethics as Shown in Movies and Television Shows 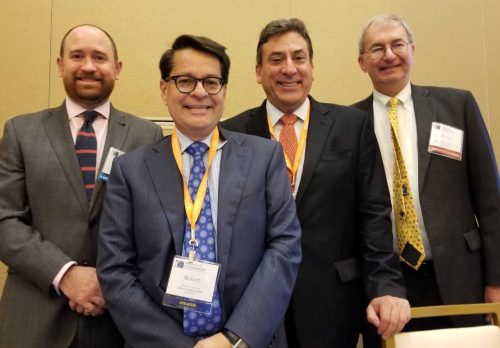 The Fall Meeting of the American Bar Association Section of International Law continues this week in Miami, Florida. One showcase panel considered how U.S. judges view international litigation and international law. The speakers were a federal district court judge (the Honorable Ursula Ungaro, Judge of the U.S. District Court for the Southern District of Florida) and a Florida State Court judge (the Honorable John Thornton, Eleventh Judicial Circuit of Florida). The moderator was Steven Richman, Chair of the ABA Section of International Law. The panel discussed a variety of issues that arise in international litigation, including: 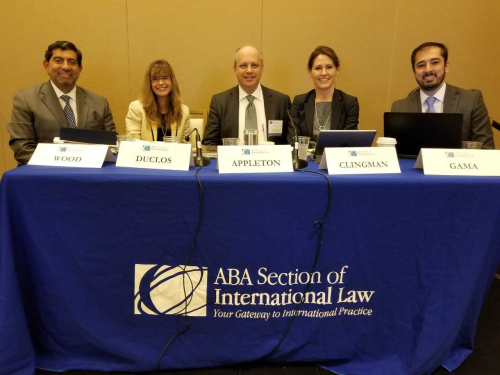 The Fall Meeting of the American Bar Association Section of International Law is continuing in Miami with a number of substantive panels. One panel was on international arbitration and litigation as mechanisms to protect investments in Latin America.

Some points from the presentation: 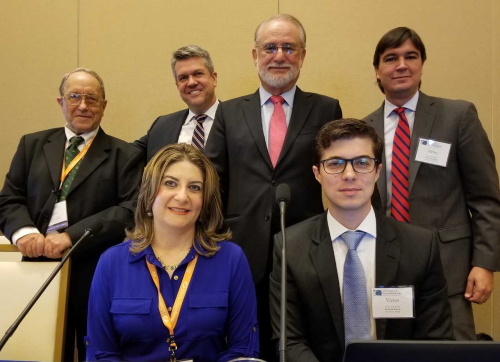 The U.N. Convention on the International Sale of Goods (CISG) has been ratified by a number of countries in Latin America, including Argentina (1988), Mexico (1989), Cuba (1994), and, most recently, Brazil (2014). Many attorneys routinely exclude application of the CISG, however, probably because they've never taken the time to learn about the CISG and advantages that attach to a contract governed by the CISG. Other countries, such as Panama, are still not parties to the CISG, but operate under its own commercial law and perhaps bilateral commercial treaties. Countries that have ratified the CISG also have their own commercial domestic laws, including the Brazilian Commercial Code (first promulgated in 1850, revised in 2002 and still under review since 2011), the Commercial Code of Cuba (first promulgated in 1886, and re-enacted in 2012), and the Commercial Code of Mexico (dating back to 1889, revised as recently at 2014).

Here are some nuggets from the panel: 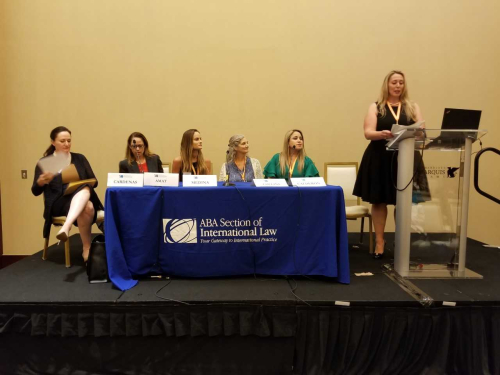 The American Bar Association Section of International Law holds its Fall Meeting this week in Miami. The opening Power Plenary focused on Women Entrepreneurs in the International Arena.

The Fall Meeting of the ABA Section of International Law continues through Friday at the JW Marriott Marquis Hotel in Miami. 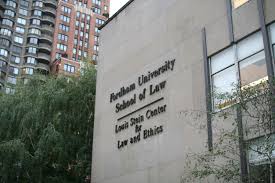 Street). The panel will include Prof. Martin Flaherty, Co-Director of the Leitner Center for International Law and Justice; Ambassador Elinor Hammarskjöld, Director General for Legal Affairs of the Swedish Ministry for Foreign Affairs, Stockholm; Lucinda A. Low, Partner at Steptoe & Johnson, LLP, and President of the American Society of International Law; and D. Stephen Mathias, Assistant Secretary General of the United Nations for Legal Affairs (and head of the Office of the Legal Counsel). ABILA President David P. Stewart will moderate. A reception will follow.

The conference continues Friday, October 20 and Saturday, October 21, 2017 at Fordham University School of Law (150 West 62nd Street). Friday’s activities feature a keynote address by Sir Christopher Greenwood, a Judge on the International Court of Justice. On Friday evening, a reception will be generously hosted by the Permanent Mission of the Republic of Bulgaria to the United Nations. You must register in advance for that reception, and usually it’s a sellout.

The registration link is at  https://www.eventbrite.com/e/international-law-weekend-2017-tickets-3698942837.  The event is free for law students. General registration is just $50.