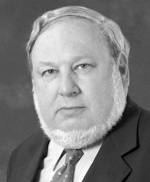 We have learned that international dispute resolution attorney Robert F. Brodegaard has died. Robert was a great advocate of promoting international dispute resolution and he organized wonderful CLE programs on the subject. He was a a partner at Robert F. Brodegaard and Associates. In his law practice, he focused on international dispute resolution and U.S. commercial litigation arising under a wide variety of domestic and foreign laws in a diverse set of industries. Over a career that lasted 42 years, he represented foreign and domestic corporations, governments, and governmental agencies in litigation, mediation, and arbitration of international commercial, investment, and intellectual property disputes, as well as representing foreign and domestic parties in connection with enforcing foreign judgments and arbitral awards. He appeared in state and federal courts around the nation. His complex commercial litigation and trial practice ranged from litigating and acting as trial counsel in cases brought under the securities, RlCO, and antitrust laws to professional malpractice, lender liability, and fraudulent conveyance claims.

Robert (Bob) was well known to many lawyers around the world because of his practice and his leadership in the American Bar Association Section of International Law. He was also active in the Association of the Bar of the City of New York; the ABA Sections on: Litigation and Antitrust Law, the Inter-American Bar Associations; the American Society of International Law; and the Union International des Avocats. He had a fantastic sense of humor and was well loved. He will be deeply missed by family, friends, and lawyers around the world.

A celebration of his life will be held on Tuesday, June 20, 2017 at the Unitarian Church of All Souls located at 1157 Lexington Avenue, in New York City.  A memorial service will begin at 6:00 p.m. In lieu of flowers, the family requests donations to the ASPCA in Bob Brodegaard's name via their website //www.aspca.org/donate (honor donations).