Myanmar and the Threat of 21st Century Genocide 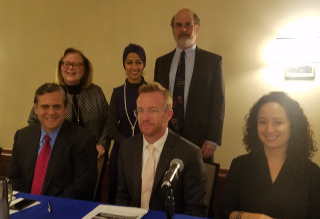 The ABA Section of International Law Spring Meeting is in full swing at the Capital Hilton in Washington, DC.  Among the panels being offered is one on the persecution of the Rohingya in Myanmar (Burma), the Muslim minority group described as "the most persecuted minority in the world."

One of the topics involved an issue whether the abuses against the Rohingya rise to the level of  genocide under Genocide Convention or whether they should be treated as crimes against humanity, an easier offense to prove because of the mental state required for a conviction. The abuses against the Rohingya include a lack of citizenship rights, forced displacement, religious persecution, and marriage restrictions.