Debate Over the Size of the ECJ 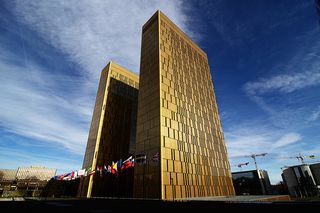 The President of the ECJ, Vassilios Skouris, supports the proposed increase.  However, it has been contradicted by other members of the Court, who believe that a smaller increase in judges, from 28 to 40, and an increase in legal assistants, will suffice.  Although less costly, one major problem is that it is not clear how the new judges would be allocated among the member states. The court's internal opposition is led by Marc Jaeger, President of the ECJ's General Court.  According to news reports, President Skouris has accused Judge Jaeger of lacking respect and damaging the court through his opposition.

A hearing is scheduled later today at which several members of the court will answer questions from the Members of the European Parliament regarding the need for the increase in judges.  The hearing will not be open to the public.

Listed below are links to weblogs that reference Debate Over the Size of the ECJ: