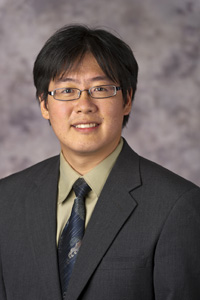 We have received the sad news of the untimely death of Professor Benjamin Liu of The John Marshall Law School in Chicago.  He was only 38 years old.

Benjamin Liu was the Director of the Chinese Intellectual Property Resource Center at The John Marshall Law School. He joined the John Marshall faculty in 2011. He had previously practiced intellectual property law since 2004, first with Stroock & Stroock & Lavan LLP in New York, and then as an IP attorney in private practice in Chicago. Liu represented Asian and American clients in patent litigation, prosecutions, and consulting.  His research focused on comparative patent law issues and biotech IP protection.

After receiving a bachelor's degree from Harvard University in biochemistry and cellular biology, Liu conducted drug discovery research at Eli Lilly & Co. for two years. He then studied Japanese at Waseda University in Tokyo before attending UCLA School of Law, receiving a JD degree in 2004. He was the articles editor for the UCLA Law Review, and chief articles editor for the Pacific Basin Law Journal. He published a study of IP protection for traditional medicine and contributed articles in Genetic Engineering & Biotechnological News and Intellectual Property Today, in addition to presenting his research on Chinese IP protection at pharmaceutical conferences.

His untimely death comes as a great shock to his colleagues and students. He was an energetic, positive person who touched so many lives.  We extend our deepest condolences to his family and friends on this terrible loss.

Listed below are links to weblogs that reference Professor Benjamin Liu Has Died: