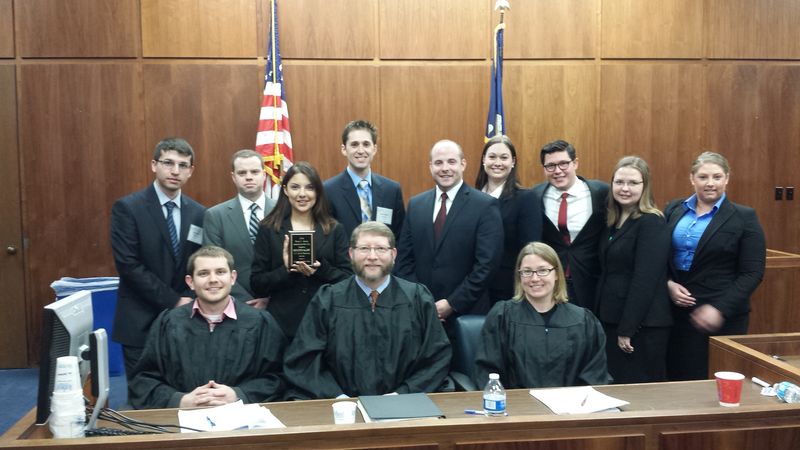 In the United States, there are six super-regional rounds.  The last of those six rounds was held this weekend in New Orleans at the United States District Court for the Eastern District of Louisiana.  Twenty-two teams competed in the super-regional round.  The finalists of the U.S. Southern Regional round are Washington University of St. Louis and The John Marshall Law School of Chicago.  Both teams advance to the White and Case International Rounds of the Jessup Competition in Washington D.C. in April 2014.

Pictured here are students from one of the semifinal rounds, the University of Houston and The John Marshall Law School.

Listed below are links to weblogs that reference Jessup Results for the U.S. Southern Regional Competition: