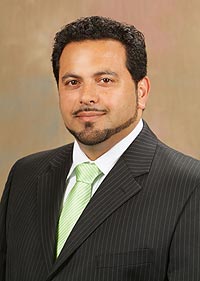 The International Courts Committee of the American Bar Association Section of International Law will have a committee telephone conference on Wednesday morning, October 2, 2013.  Speaking on the phone call will be Professor Shahram Dana of The John Marshall Law School in Chicago, who will discuss the appeals court decision of the Special Court for Sierra Leone in the Charles Taylor case, which last week affirmed a 50-year sentence for Mr. Taylor.  The former Liberian President had been convicted in 2012 on 11 counts of war crimes and crimes against humanity. He was convicted in April 2012 and subsequently sentenced to 50 years in prison.  On appeal, the prosecution had urged an even longer sentence.

The speaker, Professor Dana, worked at the United Nations International Criminal Tribunal for the former Yugoslavia and as a lecturer at Maastricht University Faculty of Law in the Netherlands.

For information on how to join the phone conference or the American Bar Association Section of International Law International Courts Committee, contact Committee Co-Chair Professor Mark Wojcik (The John Marshall Law School) or leave a comment on this message and the call-in information will be sent to you.