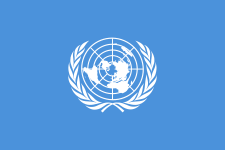 As the annual debate of world leaders came to a close yestersday, the President of the General Assembly said it is time to focus on tackling the range of issues raised over the past week, from climate change and sustainable development to United Nations reform and the application for Palestinian statehood.   “Coming together is only the start; working together will get us to the end,” Nassir Abdulaziz Al-Nasser told the 193-member body at the closing of the general debate.

The debate drew the participation of 111 heads of State and government, as well as a host of vice-presidents, ministers, senior government officials and one crown prince. A total of 191 Member States – including the UN’s newest member, South Sudan – and three observers took part, with only Saudi Arabia and Seychelles sitting it out this year.  “Without question, it has been an historic and unforgettable debate,” Mr. Al-Nasser stated, touching on several of the highlights of the week-long debate that began last Wednesday.

Many Member States, he noted, paid tribute to the hope awakened by the shifts taking place around the world, and praised the courage of those who fought for freedom, dignity and democracy, and made it clear that governments cannot suppress their people without accountability.  The Assembly also witnessed the renewed hope and determination of the Palestinian people, Mr. Al-Nasser said, adding that it was indeed “an historic moment” when President Mahmoud Abbas announced that he had submitted an application to the Secretary-General for the admission of Palestine as a UN Member State.

“As we come together to consider these timely and complex issues, the role of mediation is clearly more relevant than ever before,” said the President, who has identified four key areas to help frame the work of the 66th session. These areas are:

There were also calls during the debate for continuing reform of the UN, including broad agreement on the urgent need to make the Security Council more representative, inclusive, democratic and transparent.

Member States also emphasized the importance of international cooperation in disaster prevention and recovery, and acknowledged the need to “act cooperatively and think creatively” regarding sustainable development and global prosperity as the world’s population reaches the 7-billion mark next month.  In addition, there were calls for redoubling efforts to achieve progress in attaining the Millennium Development Goals (MDGs) – the targets to slash hunger, poverty, disease and lack of access to education by 2015 – as well as tackling climate change and advancing efforts on nuclear disarmament.

“We now turn our attention to the crucial next step,” said the President, stressing the need to translate words into deeds. He added that in fulfilling their responsibilities, Member States must build consensus and sustainable solutions to global challenges.

Listed below are links to weblogs that reference UN General Assembly President Turns Focus from Talk to Action: