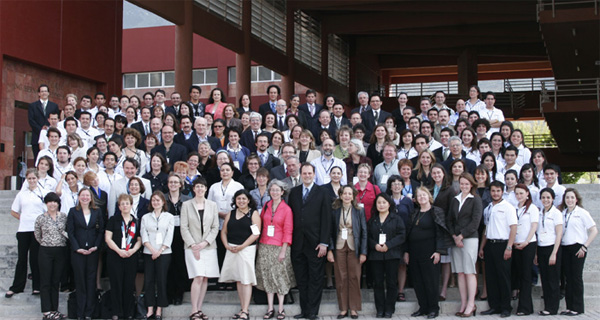 The fifth Global Legal Skills Conference starts today in Monterrey, Mexico.  It is being hosted by the Facultad Libre de Derecho de Monterrey (FLDM), one of the best law schools in northern Mexico (and some would say -- correctly I think -- in all of Mexico).  FLDM hosted the conference two years ago (the photo here is from that conference).

The Global Legal Skills Conference began at The John Marshall Law School in Chicago, where it was held the first two times.  Last year the conference was held at Georgetown University Law Center.

Click here for more information about the conference (including a video).