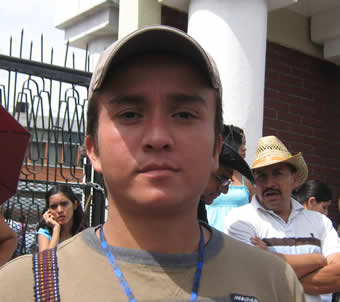 A blog hosted by Doug Ireland is reporting the murder this week of Walter Trochez, a 25-year-old activist in Honduras who was an active member of the National Resistance Front against the military coup. The blog reports that Mr. Trochez was assassinated on the evening of December 13.  He had previously been arrested and beaten for his sexual orientation after participating in a march against the coup.  He had documenting and publicizing homophobic killings and crimes committed by the military forces behind the coup, which reprotedly has killed at least 10 LGBT persons since the coup.  Click here to read more.

Listed below are links to weblogs that reference Murder in Honduras: