Paraguay is 100th Country to Sign Treaty Against Doping in Sport 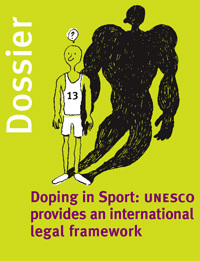 Paraguay became the 100 country to sign the International Convention Against Doping in Sport, which aims to eliminate, well, doping in sport.

The treaty promotes testing of athletes without advance notice, both in competitions and between competitions.

The treaty was adopted unanimously by UNESCO’s General Conference in October 2005 and came into force on 1 February 2007 after its 30th ratification.

Listed below are links to weblogs that reference Paraguay is 100th Country to Sign Treaty Against Doping in Sport :