As Kevin noted earlier today, Christ Church Cathedral in Indianapolis has put a cage around statutes of put Mary, Joseph and Jesus in protest over our nation's immigration policies. It isn't the only church to take a stand on the issue.

The United Methodist Board of Church and Society has this sign outside of its D.C. headquarters: 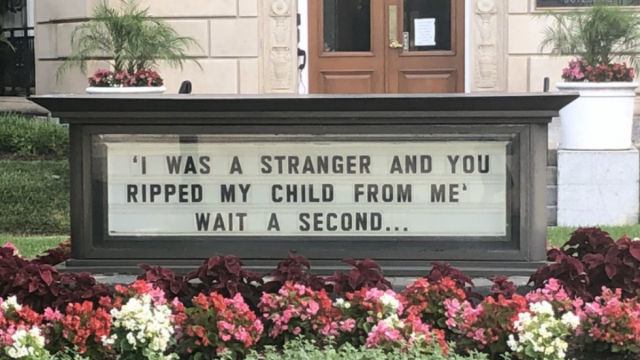 Here is a statement from the Family of God Lutheran Church in East Grand Forks, MN: 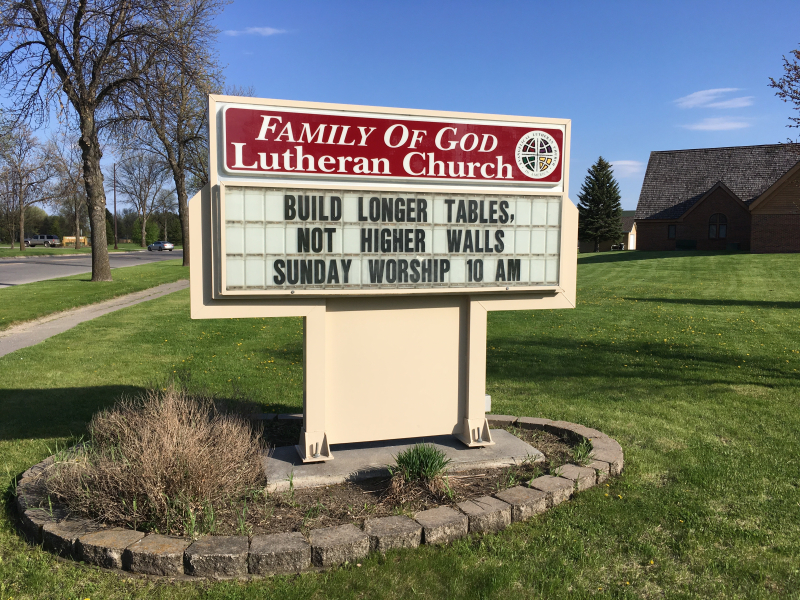 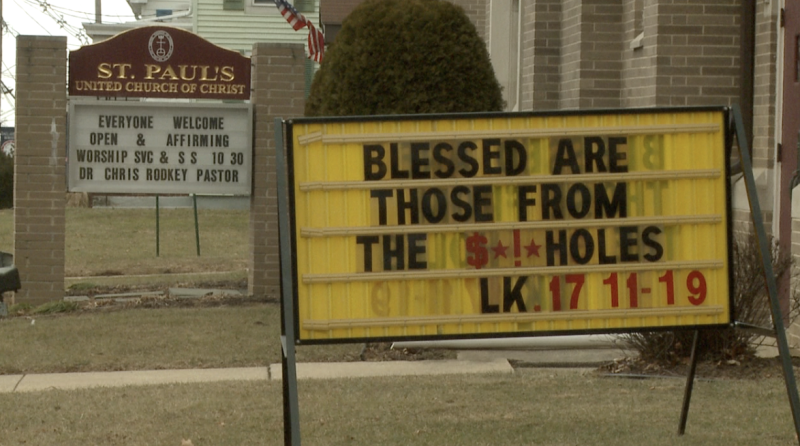 Statements like these are particularly powerful in the face of efforts by the Trump administration to use the bible to justify its policies.

Pope Francis focused on the plight of refugees during his Christmas Eve mass, as the NYT reports. He made a direct parallel between Joseph and Mary who, on traveling to Bethlehem, found a city “that had no room or place for the stranger from afar” and current refugees who "do not choose to go away but, driven from their land, leave behind their dear ones" in the pursuit of "survival.” Jesus, the pope proclaimed, “comes to give all of us our document of citizenship.”

Artist Kelly Latimore has the following take on the story (which, in fairness, predates the pope's comments but clearly connects to them): 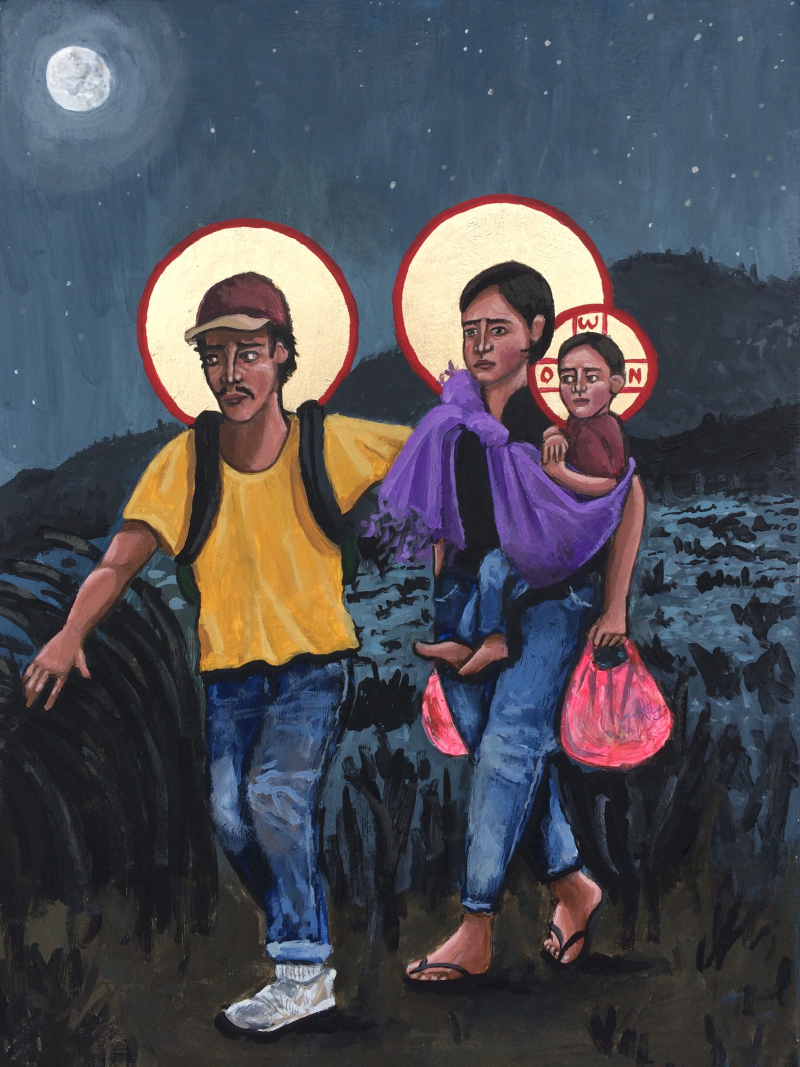 And the internets have offered this take on the message: 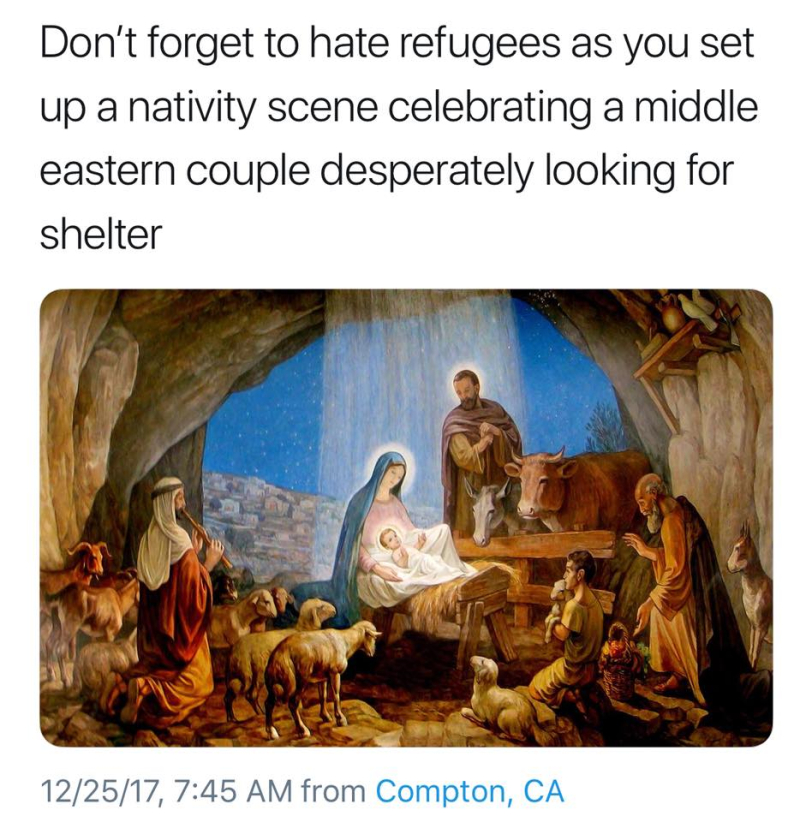 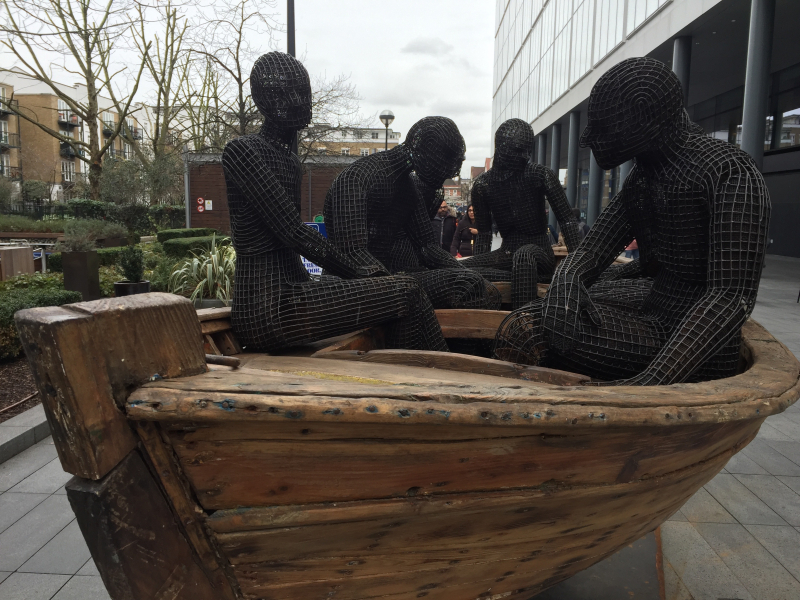 With these action points, the Church calls upon the world to recognize that migration is "a natural human response to crisis and a testament to the innate desire of every human being for happiness and a better life."

"The Church looks forward to working together with the international community to promote and adopt such measures to protect the dignity, rights and freedoms of all persons currently on the move, including forced migrants, victims of human trafficking, asylum seekers, refugees and internally displaced persons," the paper continues.

The talking points draw attention to UN Global Compacts as a mechanism for addressing "the largest movement of displaced peoples in recent memory." And they outline "practical considerations which Catholic and other advocates can use, add to and develop in their dialogue with governments towards the Global Compacts."

Here are the big picture issues:

During National Hispanic Heritage Month (September 15 to October 15), we recognize the contributions made and the important presence of Hispanic and Latino Americans to the United States and celebrate their heritage and culture.

Hispanics have had a profound and positive influence on our country through their strong commitment to family, faith, hard work, and service. They have enhanced and shaped our national character with centuries-old traditions that reflect the multiethnic and multicultural customs of their community. 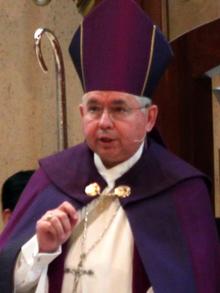 NPR interviewed the Archbishop of Los Angeles, Jose Gomez, about U.S. immigration policy.  The Archbishop was born in Mexico, and became an U.S. citizen a few years ago.

Archbishop Gomez, among other things, said the following:

"We can be a beautiful example for the whole world. What Los Angeles is now is the way the world is going to be, in my mind - with the movements of people."

On the issue of Central American children coming to the United States, Archbishop Gomez stated:

"It seems that sometimes we see these young immigrants coming by themselves as a threat for our country. When, in reality, they're just looking for safety and for a place where they can grow up as normal, healthy, and good and strong members of society. I think our concern, in the Church, was that we will send them back right away, without really giving them the opportunity to (unintelligible) their situation."

We have seen a rose in xenophobia in Europe in recent years.  Jason Overdorf on Business Insider raises the interesting question of what World Cup soccer would look like if immigrants were banned from the competition.

Broadly defining “foreigner” as anyone with at least one foreign-born parent, Switzerland would lose two-thirds of its players.  France and the Netherlands might be knocked out of contention. And Algeria, Ghana, Turkey or even Suriname could win it all.

BTW the US team opens against Ghana today. 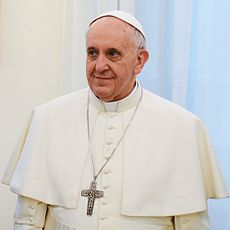 The big news today is that the TIME Person of the Year is Pope Francis.

Pope Francis is an interesting choice among the final contenders for the honor (listed alphabetically): 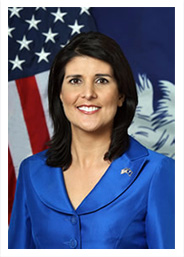 The Republican National Convention last night had a number of much anticipated prime time speeches, including ones by New Jersey Governor Chris Christie (who referenced Bruce Springsteen's Darkness on the Edge of Town even though the Boss refuses to talk with Christie because of their stark political differences) and Ann Romney.  Ann humanized Mitt.  Chris spoke of the need for leadership just like his leadership of New Jersey.  I watched their speeches with great interest. But I learned the most from a speech that I just happened to catch before the main events of the evening.

A one-time Vice Presidential hopeful, a smiling South Carolina Governor Nikki Haley did not take long to rail on the Obama administration in her speech, sounding anti-union, anti-immigration, and anti-civil rights (and pro-voter ID) themes one-after-another in the tradition of the modern Republican Party.  Interestingly, the Republican nominee's father, George Romney, marched with Dr. Martin Luther King and was an ardent defender of civil rights.

Haley applauded the "non-union" employees at Boeing's South Carolina manufacturing plant and charged President Obama with answering to the "union bosses," reminding us of a time when many, including Representative Joe McCarthy, thought that unions were too powerful.

Governor Haley criticized the Obama administration for suing to challenge the South Carolina immigration enforcement law, just as it challenged similar Arizona and Alabama laws.  Haley defended her state's law as a necessary response to the administration's alleged failure to enforce the U.S. immigration laws. Interestingly, Governor Haley is the daughter of immigrants from India.

Governor Haley's remarks, which provoked applause at various times -- especially in her defense of the state's voter identification law, reminded us of what the Republican Party of today stands for.

The 6th Annual Conference on Catholic Legal Thought will take place at the University of Oklahoma College of Law, May 17-19.  On May 17 we will spend the afternoon with Paul Griffiths, Warren Professor of Catholic Theology at Duke discussing "The Essential St. Augustine fr 21st Century Lawyers and Law Professors.  To facilitate the discussion we are asking participants to read "Augustine:  Political Writings," Adkins and Dodaro (eds), Cambridge Univ. Press 2001 and Books 2 & 19 from "The City of God."  SMU's George Martinez, who is familiar to many in the immigration law prof community, will be one of the respondents to Prof. Griffiths.  On May 18 we will have sessions on "The City of Man:  What role should law play in infusing the City of Man with the City of God?" and "Forgiveness and Conversion: What should be law's attitude toward treatment of post-conviction criminals."  And, on May 19, Steven Smith, Warren Distinguished Professor of Law at San Diego wlll present his book, "The Disenchantment of Secular Purpose," which should be read in advance to prepare us for a robust discussion.

In this essay, which apprears in the Dec. 19 issue of OSV, I argue in favor of the Dream Act.

I am slightly embarrassed that it has taken me so long to post after the wonderful introduction I received a couple of months back.  As many of you know, Oklahoma voters approved State Question 755, which prohibits state judges from looking to "the legal precepts of other nations or cultures," specifically, "the courts shall not consider international law or Sharia law."  Yesterday, a federal judge issued a TRO, enjoining the state from certifying the election results for State Question 755.

Although not directly related to immigration, the passage of this State Question continues a recent nativist trend in Oklahoma, including the passage of a harsh immigration statute a couple of years ago.  My colleague, Joe Thai, had this to say about State Question 755:  "'[T]he ballot measure is "an answer in search of a problem. ...There is no plausible danger of international law or Sharia law overtaking the legal system,' Thai said in an e-mail to The Associated Press. He said courts only consider international law when deciding issues involving a federal treaty, a business contract or a will that incorporates international law.  Thai said the ballot measure 'raises thorny church-state problems as well' and could even affect a state judge's ability to consider the Ten Commandments" since the Ten Commandments did not originate in the United States or Oklahoma.