From the Bookshelves: The Great Escape: A True Story of Forced Labor and Immigrant Dreams in American by Saket Soni 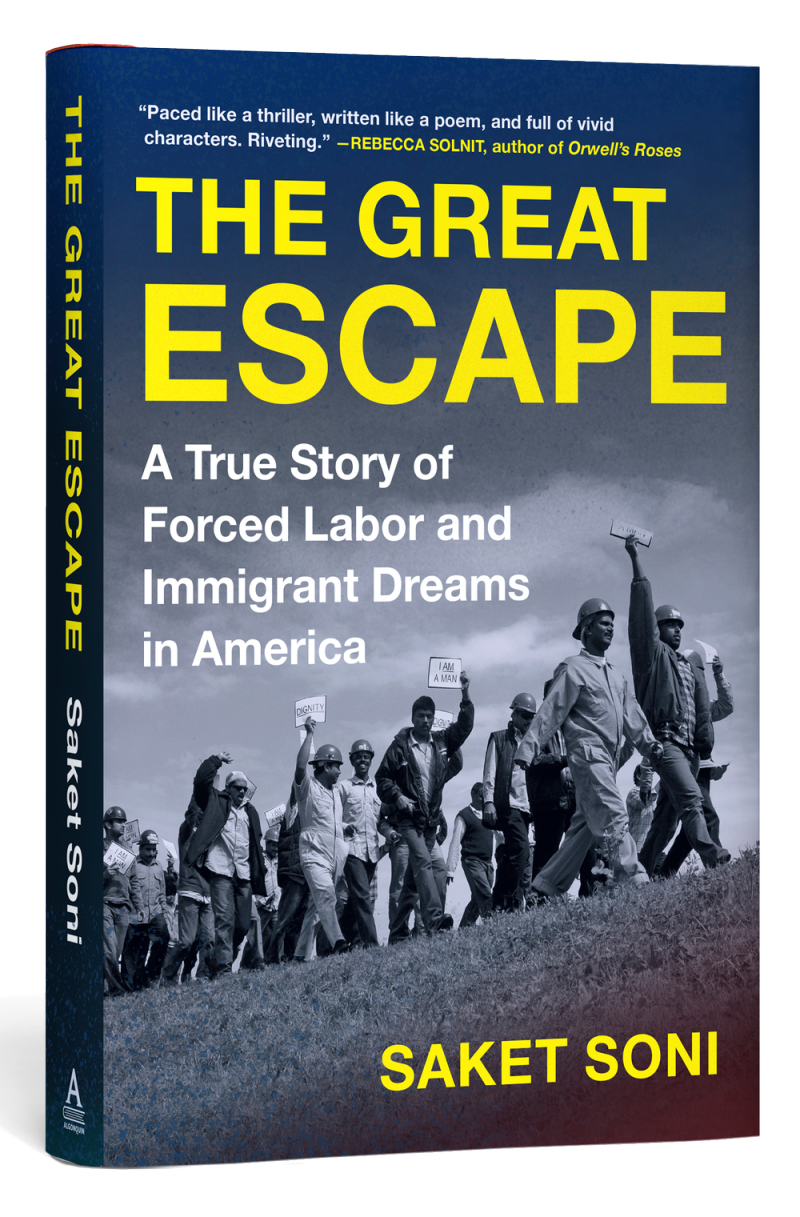 The New York Times called it a must-read. The Great Escape by Saket Soni is a non-fiction thriller about immigrant workers from India organizing to blow apart a post-Hurricane Katrina labor trafficking ring. It was featured on NPR's Fresh Air and Chris Hayes' podcast.

The publisher's blurb on the book:

"The astonishing story of immigrants lured to the United States from India and trapped in forced labor—told by the visionary labor leader who engineered their escape and set them on a path to citizenship.

In late 2006, Saket Soni, a twenty-eight-year-old Indian-born community organizer, received an anonymous phone call from an Indian migrant worker in Mississippi. He was one of five hundred men trapped in squalid Gulf Coast `man camps,' surrounded by barbed wire, watched by guards, crammed into cold trailers with putrid toilets, forced to eat moldy bread and frozen rice. Recruiters had promised them good jobs and green cards. The men had scraped up $20,000 each for this “opportunity” to rebuild hurricane-wrecked oil rigs, leaving their families in impossible debt. During a series of clandestine meetings, Soni and the workers devised a bold plan. In The Great Escape, Soni traces the workers’ extraordinary escape, their march on foot to Washington, DC, and their twenty-three-day hunger strike to bring attention to their cause. Along the way, ICE agents try to deport the men, company officials work to discredit them, and politicians avert their eyes. But none of this shakes the workers’ determination to win their dignity and keep their promises to their families.

Weaving a deeply personal journey with a riveting tale of twenty-first-century forced labor, Soni takes us into the lives of the immigrant workers the United States increasingly relies on to rebuild after climate disasters. The Great Escape is the gripping story of one of the largest human trafficking cases in modern American history—and the workers’ heroic journey for justice."