Portrait of Asian Americans in the Legal Profession 2.0

The updated report (77 pages) combines detailed analysis of employment data in various legal sectors to gain insight into Asian American career advancement and political participation. It is based on interviews, focus groups, and a national survey completed by over 700 Asian American lawyers.

Some of the key findings: 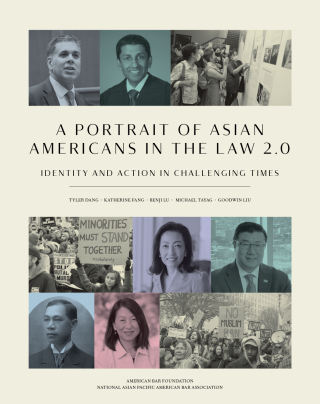