Immigration Article of the Day: Legal Order at the Border by Evan J. Criddle 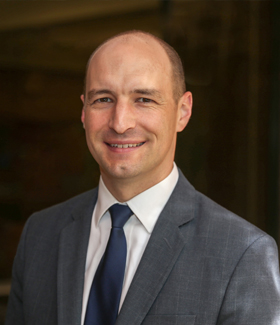 For generations, the United States has grappled with high levels of illegal immigration across the U.S.-Mexico border. This Article offers a novel theoretical framework to explain why legal order remains elusive at the border. Drawing inspiration from Lon Fuller’s “interactional view of law,” I argue that immigration law cannot attract compliance unless it is general, public, prospective, clear, consistent, and stable; obedience with its rules is feasible; and the law’s enforcement is congruent with the rules as enacted. The flagrant violation of any one of these principles could frustrate the development of a functional legal order. Remarkably, U.S. immigration law violates all of these principles in its treatment of asylum seekers. As the number of asylum seekers pursuing entry to the United States has risen sharply in recent years, these legality deficits have become increasingly salient. No wonder, then, that even the most aggressive deterrent measures — from mass prosecution to family separation to the construction of steel border walls — have failed to solve the United States’ border crisis. The United States faces an urgent dilemma: it may preserve the Immigration and Nationality Act (“INA”) in its current form, denying protection to too many forced migrants and reserving broad discretion to the Executive Branch, or it may establish a functional legal order at the border. It cannot have both.

If lawmakers were serious about establishing legal order at the border, there are measures they could take to strengthen the system’s structural integrity. They could eliminate the Attorney General’s discretionary authority over asylum. They could clarify ambiguities in the INA to promote greater consistency, stability, and congruence in immigration adjudication and enforcement. They could extend protection to all forced migrants who face death, rape, or other serious harm abroad, including victims of gang violence and gender-based violence. In short, they could enact laws that asylum seekers could rationally obey. To the extent that lawmakers are unwilling to take these steps, it is fair to question their commitment to establishing a functional legal order at the border.