"The Supreme Court heard oral argument on Tuesday in a challenge to a Biden administration policy that prioritizes certain groups of unauthorized immigrants for arrest and deportation. Although some justices questioned the legality of the policy, there were also questions about whether the states challenging the policy could bring their lawsuit at all, and whether a federal district judge had the power to set aside the policy. After nearly two-and-a-half hours of debate, it was difficult to predict precisely how the justices will resolve the case, which could have significant implications not only for the executive branch’s ability to set immigration policy but also for states’ ability to sue the federal government when they disagree with its actions." (bold added). 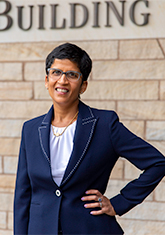