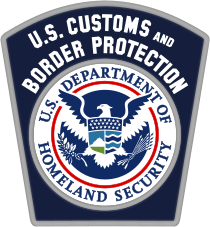 “While failing regimes in Venezuela, Cuba, and Nicaragua continued to drive a new wave of migration across the western Hemisphere, the number of Venezuelans arriving at the southern border decreased sharply nearly every day since we launched additional joint actions with Mexico to reduce irregular migration and create a more fair, orderly and safe process for people fleeing the humanitarian and economic crisis in their country,” said CBP Commissioner Chris Magnus. “Over the past week, the number of Venezuelans attempting to enter the country fell more than 80 percent compared to the week prior to the launch of the joint enforcement actions. While this early data is not reflected in the latest report, it confirms what we’ve said all along: when there is a lawful and orderly way to enter the country, individuals will be less likely to put their lives in the hands of smugglers and try to cross the border unlawfully.

“CBP and DHS will continue to work with our partners in the region to address the root causes of migration, expand legal pathways, facilitate removals, and take thousands of smugglers off the streets. No matter what smugglers say, those who do not have a legal basis to remain in the country will be removed and people should not make the dangerous journey.”

Elliut Spagat for the Associated Press reports that the "surge in migration from Venezuela, Cuba and Nicaragua in September brought the number of illegal crossings to the highest level ever recorded in a fiscal year, according to U.S. Customs and Border Protection. The year-end numbers reflect deteriorating economic and political conditions in some countries, the relative strength of the U.S. economy and uneven enforcement of Trump-era asylum restrictions."

Expect the latest data release to make an appearance in the public discussion of migration as the midterm elections approach.