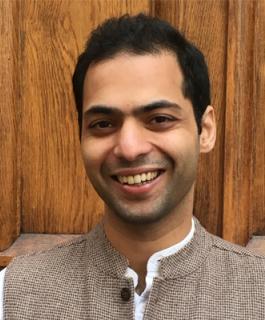 In many parts of the world, states have increasingly started framing and intrumentalising insidious legal mechanisms to threaten citizenship status of a large number of persons especially among vulnerable national minorities. These state-led practices have created widespread precariousness and caused severe attrition of citizenship. A prominent example is India’s ‘National Register of Citizens’ (NRC) that in 2019 left out more than 1.9 million people. This has led to the concern that the NRC – in the words of the United Nations special rapporteur on minority issues Fernand de Varennes – could result in “the biggest exercise in statelessness since the second world war.” Besides the NRC, other processes in the country have already declared more than 120,000 persons as foreigners, and disenfranchised more than 350,000 persons on the suspicion of being foreigners. This paper focuses on the Indian case with the aim of providing an account of the relationship between state-induced precarious citizenship and the rule of law. The Indian state has not formally revoked citizenship of these persons. Nevertheless, as this paper shows, it has not only created arduous legal processes that weaken citizenship security but also refused to apply normal constitutional due process norms to citizenship status. The paper draws from the critical citizenship studies tradition to argue that the nature of this state-created precarity is best understood as “irregular citizenship”. Irregular citizenship is not a status of either non-citizenship or in-betweenness. Rather, it is marked by ambivalence, uncertainty and ambiguity of citizenship status. Irregular citizens do not have transitory or shifting legal identity but are in the condition of suspended animation. Legal practices of irregularization have a paradoxical relationship with law, because even when they are sought to be legally justified, they are constituted by non-application of ordinary legal norms. The paper shows that mass irregularization of citizenship in India has resulted from a historically evolving fusion of racialization of stigmatized minority groups, and exceptionalism led by heightened national security concerns. The Indian state has instrumentalised citizenship procedures to eventually dispossess citizens of the ordinary legal and material goods attached to Indian citizenship. It has also legitimized them in the language of the law, through subtle and insidious tactics that bracket them outside ordinary legal standards. This process has been supported by courts that have adopted delay and indecision to sustain practices of irregularization.