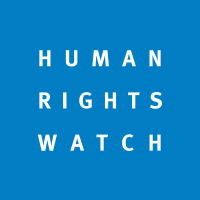 (Washington, DC, October 21, 2022) – The decision by United States President Joe Biden and Mexican President Andrés Manuel López Obrador to expand the abusive Title 42 border expulsion policy and expel Venezuelans to Mexico without allowing them to seek asylum in the US puts lives at risk and violates international law, Human Rights Watch said today. The parallel announcement of a new program to allow some Venezuelans to apply to travel to the US by plane includes restrictions that will leave many asylum seekers unable to get protection.

On October 12, 2022, the US and Mexican governments announced a new migration enforcement process for Venezuelans “to reduce the number of people arriving” at the US border. Under the policy, which came into effect on October 13, all Venezuelans who cross the US-Mexico border irregularly will be expelled to Mexico without the chance to seek asylum in the US. As of October 18, 4,050 Venezuelans had been returned.

“A new legal pathway for some Venezuelans seeking safety in the US will not paper over the likely harm that many others will suffer because of this massive expansion of the abusive Trump-era Title 42 border expulsion policy,” said Tyler Mattiace, Mexico researcher at Human Rights Watch. “With this decision, Biden is effectively punishing those Venezuelans who have been forced to flee their country on foot, denying them the right to seek asylum, and attempting to sugar coat this abusive policy with a humanitarian parole program that will only benefit a select few.”

Prior to October 13, neither the US nor Mexico had expelled most Venezuelans because Venezuela often refuses to accept expulsion flights. Venezuelans expelled to Mexico in recent days have been given visas valid for just a few days or received documents from Mexican authorities instructing them to leave the country via the Mexico-Guatemala border. The documents don’t allow them to remain in Mexico or get public services like health care or education. Human Rights Watch asked representatives from Mexico’s National Migration Institute and Ministry of Foreign Relations about the legal status of expelled Venezuelans, but as of October 21, had received no answer.

Title 42 has since March 2020 prevented hundreds of thousands of Haitians, Africans, Guatemalans, Salvadorans, and people of many other nationalities from accessing fair asylum procedures in the United State, in violation of US and international law.

The US and Mexican governments also announced a new program, which began on October 18, to allow up to 24,000 Venezuelans who meet certain requirements to apply for permission to travel to the US by plane. To qualify, Venezuelans must hold a valid passport and have a US-based sponsor who agrees to provide housing and financial support. Venezuelans who entered the US, Mexico, or Panama irregularly after October 18 are ineligible.

These requirements are often difficult to fulfill. Many Venezuelans face administrative and economic barriers to obtaining or renewing passports or other official documents – including marriage and birth certificates – given that Venezuelan consular services are scarce and unaffordable. Requiring asylum seekers to produce a passport from the government that may be persecuting them fundamentally contradicts reality for many refugees, Human Rights Watch said.

The Biden administration should restore access to the right to seek asylum for everyone who arrives at the US-Mexico border, regardless of nationality, financial means, family ties, or the travel documents they hold. And the US should remove the passport requirement that will leave many Venezuelans unable to apply for the new program.

Biden administration officials have compared the program for Venezuelans to Uniting for Ukraine, created in April, which allows Ukrainians fleeing the Russian invasion to apply to travel to the US. However, the US has not prohibited Ukrainians from seeking asylum at the US-Mexico border and, in March, exempted Ukrainians from being expelled to Mexico under the Title 42 policy.

The number of Venezuelans traveling to the US border has increased in recent years as the country faces a brutal crackdown on dissent and a humanitarian emergency with millions unable to access basic health care, adequate food, and safe water. Over 7 million people have fled Venezuela since 2014. US officials detained more than 200,000 Venezuelans at the US-Mexico border between January 2021 and August 2022.

US officials have leaned heavily on Mexico, Guatemala, and other regional governments to prevent migrants and asylum seekers from other nationalities from traveling north to reach the US border, which has driven many to take more dangerous routes.

After Mexico, Costa Rica, and Belize imposed new visa requirements for Venezuelans, making it more difficult for them to travel north by plane, the number crossing the dangerous Darien Gap on the Colombia-Panama border skyrocketed. More than 107,000 Venezuelans crossed the Darien Gap between January and September 2022, compared to roughly 1,500 during the same period in 2021. In May, Human Rights Watch traveled to the Darien Gap and documented serious abuses by criminals against migrants, who rarely have access to health care, protection, or justice.

The Title 42 border expulsion policy has effectively closed US ports of entry to nearly all asylum seekers since it was implemented by former US president Donald Trump in March 2020, under the guise of being a pandemic response measure. Public health officials have since said that the approach was “the misuse of a public health authority” and that it was politically motivated.

The policy allows US immigration agents to refuse to accept asylum applications at official border crossings and to expel anyone who crosses the border irregularly without allowing them to seek asylum in the US. It has been used more than 2.2 million times to expel migrants and asylum seekers to Mexico or to their home countries.

The Biden administration had announced plans to end the expulsion policy in April after using it for more than a year to expel people more than twice as many times as the Trump administration did, but several US states challenged the move in federal court, resulting in orders to keep the policy in place during the litigation. Since then, the Biden administration has expanded its use of Title 42 and officials have reportedly said they intend to find other ways to expel asylum seekers should it no longer be able to misuse the public health authority to do so.

Criminal groups and Mexican officials often target migrants and asylum seekers expelled by the US to Mexico for abuses including kidnapping, extortion, and rape, as Human Rights Watch and other groups have documented. There have been at least 6,000 documented cases of kidnappings or other violent attacks against people returned to Mexico by the United States, according to the organization Human Rights First, which tracks such cases.

The Mexican government should refuse to accept any expulsions, including those of Venezuelans, and especially those at greater risk, such as LGBT people and people with chronic illnesses or disabilities, Human Rights Watch said. It should also provide legal status for all Venezuelans expelled from the US to ensure they can access basic services.

The right to seek asylum is a core principle of international human rights law and is implemented in US domestic law. Everyone seeking international protection has the right to apply for asylum abroad and to have their case heard before the appropriate authorities. Expelling asylum seekers without allowing them to make their claims violates the Refugee Convention, the Convention against Torture, and the International Covenant on Civil and Political Rights.

“Biden and López Obrador should work together to create humane, equitable, rights-respecting immigration and asylum systems rather than limiting the right to seek asylum based on race, nationality, financial means, or family ties,” said Ari Sawyer, US border researcher at Human Rights Watch.