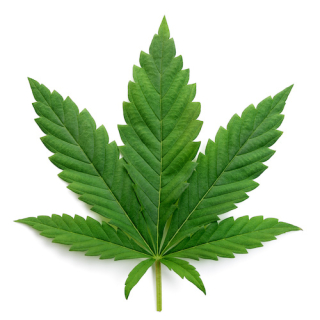 Today President Biden announced a plan to pardon those convicted of federal marijuana offenses. In his official statement, Biden writes:

As I often said during my campaign for President, no one should be in jail just for using or possessing marijuana. Sending people to prison for possessing marijuana has upended too many lives and incarcerated people for conduct that many states no longer prohibit. Criminal records for marijuana possession have also imposed needless barriers to employment, housing, and educational opportunities. And while white and Black and brown people use marijuana at similar rates, Black and brown people have been arrested, prosecuted, and convicted at disproportionate rates.

As part of Biden's plan, which includes reevaluating how marijuana is scheduled under the federal law, Biden pardoned "all prior Federal offenses of simple possession of marijuana" and urgeed "all Governors to do the same with regard to state offenses." The full Proclamation is available here.

As Jason Cade, Stacey Caplow, and others have underscored in their scholarship, a full and complete pardon can offer immigration relief for certain removal grounds. However, just last year DHS took the unfortunate position that a full and unconditional pardon from the state of Connecticut "has no impact on any ground of deportability not listed in INA § 237(a)(2)(A)(vi) or any ground of inadmissibility under INA § 212(a), and it does not preclude consideration of the facts underlying the original conviction in the exercise of discretion." President Biden further added to his Proclamation that "This pardon does not apply to individuals who were non-citizens not lawfully present in the United States at the time of their offense," indicating that he will only apply the pardon to citizens, lawful permanent residents, and others who were lawfully present at the time of the offense. The Proclamation further adds that those who are pardoned include only "all current United States citizens and lawful permanent residents[.]"

Biden's plan calls out for a fundamental rethinking of how drug convictions, including marijuana possession, are treated under the immigration law.