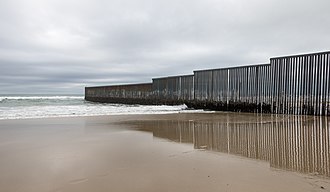 The state charges are based on the same conduct that Bannon was charged with by federal prosecutors in 2020. Then-President Donald Trump pardoned Bannon on the federal fraud charges related to the alleged scheme as he was leaving office. Two others charged pled guilty.  Presidential pardons do not apply to state investigations.