Immigration Article of the Day: Enforced Invisibility: Toward New Theories of Accountability for the United States' Role in Endangering Asylum Seekers by Lori Nessel 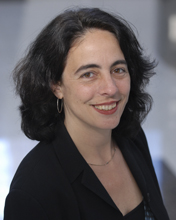 In this article I employ a historical and race-based lens to analyze the U.S.’s role in causing intentional harm through its use of a multi-faceted forced invisibility regime at the southern border. As the current Administration attempts to dismantle this invisible wall and construct a more humane immigration policy going forward, it is essential that international human rights and constitutional rights are not limited to the U.S.’s physical land border. Although the most egregious externalization policies that were put in place during the Trump Administration may end, the U.S. has long engaged in harsh immigration policies to deter asylum seekers from arriving at our borders. Thus, the need to guarantee basic rights (as derived from international human rights conventions, domestic statutory law, and the Constitution) to asylum seekers regardless of their physical location both preceded and will succeed this ugly chapter of American immigration policy. Extending this overdue protection and establishing U.S. accountability for the intentional harms caused by this regime is necessary to disincentivize removing asylum seekers from public sight. To this end, I suggest borrowing standards from international law and torts law to restrain the U.S.’s extraterritorial immigration policies and provide meaningful remedies to those who have already been intentionally harmed.