In a new report, TRAC at Syracuse University found that DHS is listing criminal-related grounds for removal on NTAs less often than in the past. The dataset was created by analyzing all charges listed on NTAs, then  compiling specifically those charges that were listed in the INA as criminal grounds for deportation.

The report finds that over the past decade, the number of criminal-related charges listed on Notices to Appear as the basis for deportation has declined dramatically. In 2010, across all Notices to Appear (NTAs) received by the immigration courts that year, ICE listed a total of 57,199 criminal-related grounds for deportation. By 2021, just over a decade later, that number dropped to 8,694, less than a sixth of its original height.

The table, updated by fiscal year from FY 2017 to March 2022 is available below and on TRAC's website. 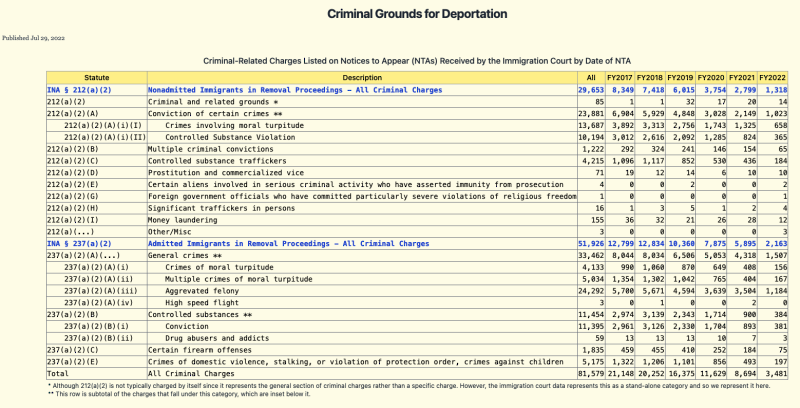