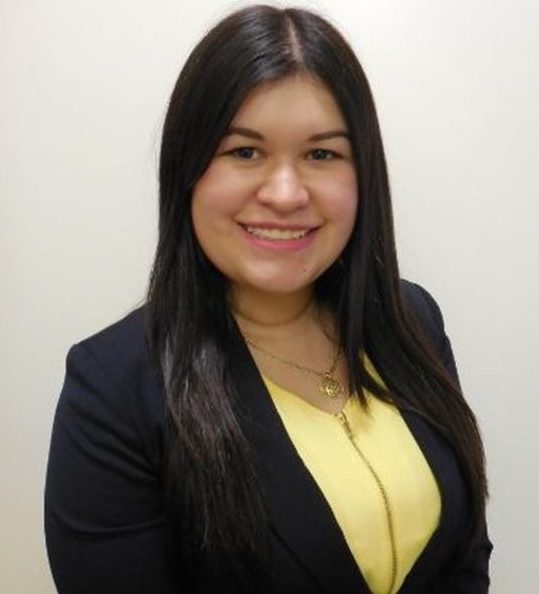 Guest post by Darcy Guio, rising 3L at The Maurice A. Deane School of Law at Hofstra University

It was my first trip to California, but it was not what most people picture when they hear “I’m going to California for a week.” I attended the Immigration Law and Border Enforcement Program offered by the Maurice A. Deane School of Law at Hofstra University. I was very excited to take this week-long intensive program where students learn firsthand from some of the top experts in the field about the current situation at the border. We heard from a wide variety of speakers, ranging from judges, government employees, shelter workers, and a representative for deported veterans. The speakers and experiences at the border impacted me in a way I did not imagine.

We started our week off hearing from a powerful speaker – Jenn Budd, a former CBP officer turned whistleblower. She spoke to us about her experience as a CBP officer and some of the horrendous things she went through in training and on duty, and detailed numerous instances of inhumane treatment by CBP officers towards migrants. For me, the most impactful part of Ms. Budd’s presentation was when she described the corruption she witnessed within CBP. I was shocked to hear Ms. Budd explain that CBP has a culture of promoting officers that commit wrongdoing as a way to ensure they will not make public future instances of wrongdoing when they uncover it. This made me wonder: how do we fix a system that is so fundamentally flawed? Unfortunately, while Jenn Budd may not be the only person to witness firsthand CBP wrongdoing, I was grateful that she was brave enough to speak up.

Nothing compared to visiting the border and seeing firsthand what was happening. On one of our trips, we went to Tijuana, Mexico, where we met with Nicole Ramos, a former U.S. Assistant Federal Public Defender who now lives in Mexico and is a Project Director at Al Otro Lado. When we met with Ms. Ramos, she took us to the site where for a couple months a migrant shelter had been set up in the street right next to a U.S. port of entry. Ms. Ramos told us about the many families that had to stay in tents on the street with the hopes of being able to enter the U.S. at this port of entry so they could apply for asylum. Unfortunately, due to Title 42 restrictions, migrants being permitted to enter the U.S. to claim asylum was rarely occurring when we visited. Some families are forced to wait weeks or months in different migrant shelters such as Casa del Migrante, a shelter we visited. Ms. Ramos also spoke to us about discrimination at the border. While most agree Ukrainians deserve an opportunity to seek asylum in the U.S., it was disheartening to see and hear that many Haitian and Central American families are turned away at the border or forced to wait months to cross while at the same time Ukrainian families arriving at the border were often able to cross within a week or less. This type of favoritism unfortunately does not occur only at the border, but south of the border as well. We learned how in Tijuana the Mexican government set up a migrant shelter for Ukrainian refugees, even while nearby we visited Casa del Migrante, which receives no government funding and houses over 100 migrants, including Mexican citizens fleeing cartel violence in the south of Mexico and who are seeking to apply for asylum in the U.S. The shelter’s donations were stretched thin while needing to feed over 100 refugees; and they reported that sometimes the new Ukrainian shelter maintained a full staff even when it sat virtually empty as Ukrainians were permitted to cross the border much more quickly. While I was happy that Ukrainians fleeing violence received services, I wondered why treatment had to differ based on country of origin or skin color. I wondered: how can we prevent discrimination and ensure equal access to asylum seekers fleeing violence regardless of race or nationality?

Hofstra’s border program was definitely one of the best classes I have taken at law school. Even though it was only one week long, we learned so much. We saw the injustices at the border firsthand, which further showed me how deeply broken our immigration system is and how basic changes would go a long way to improving the lives of migrants.

-posted by KitJ on behalf of Darcy Guio