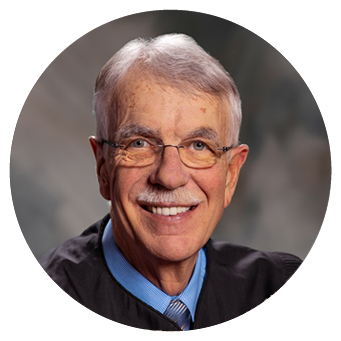 Official Picture of Associate Chief Justice of the Washington Supreme Court Charles W. Johnson
David Gutman for the Seattle Times reports on an interesting criminal decision of the Washington Supreme Court.  The court in a decision issued yesterday held that a prosecutor "intentionally appealed to jurors’ racial and ethnic biases when, during the trial of a Latino man, he asked them questions about illegal immigration, a border wall and crimes committed by undocumented immigrants . . . . "  “The prosecutor in this case committed race-based misconduct,” Associate Chief Justice Charles Johnson wrote for the unanimous court in State v. Zamora. “The state-sanctioned invocation of racial or ethnic bias in the justice system is unacceptable.”
The introduction to Justice Johnson's opinion reads as follows:

"This case involves the issue of whether the prosecutor committed misconduct when, during jury selection, he repeatedly asked the potential jurors about their views on unlawful immigration, border security, undocumented immigrants, and crimes committed by undocumented immigrants. We conclude that the prosecutor’s questions and remarks apparently intentionally appealed to the jurors’ potential racial or ethnic bias, prejudice, or stereotypes and therefore constitute race-based prosecutorial misconduct. Joseph Zamora1 was charged and convicted of two counts of third degree assault of a police officer, which the Court of Appeals affirmed. We reverse the Court of Appeals and vacate the convictions."