A visit to the Angel Island Immigration Station is now enhanced by the newly-opened Immigration Museum. While the historic immigration station focuses on Chinese immigration during the time period 1880-1940, the new immigration museum brings immigration history up to date, from 1940-modern day. The new museum is located within the renovated hospital adjacent to the original station, and it fittingly begins with discussion of how gatekeeping figures into entry, public health inspections, and quarantines. The rest of the immigration museum depicts other dimensions of immigration exclusion, tracing change - or the lack thereof) -over time and across different immigration groups.

The exhibits are engaging and informative, with multimedia video and audio displays, original artifacts, and meeting spaces for community events. There is some interaction, such as the separate doors to the museum labeled "European" and "non-European"; a guide told us there was a third door for "Chinese" that is not reproduced. Inside the building, one exhibit begins with the Chinese Exclusion Act and then continues with Asiatic Barred Zones that impeded entry from Japanese and Korean immigrants before mentioning the Hart Cellar Act of 1965 that eliminated national origin quotas and ending in a display of 140 candles to "light the darkness" since Chinese Exclusion. There are pointed references to continuities between immigration detention of the Chinese, Japanese and Korean immigrants, and Central American immigrants in modern detention, including the practice of family separation. Another exhibit highlights the changing origins of refugees. Not to dwell only on the dark side of immigration history, there are displays celebrating contributions of immigrants to the U.S. -- to small businesses, technology, and more generally.

While I've been studying immigration history for a long time and first visited Angel Island as a child, I learned a lot from the new museum. If you cannot make it to Angel Island in-person, the website has an impressive virtual gallery that includes 3D tours of some of the exhibits. 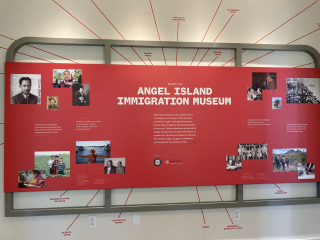 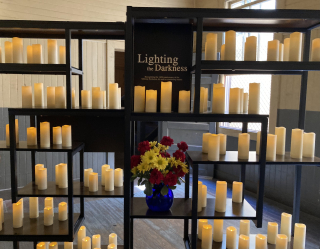 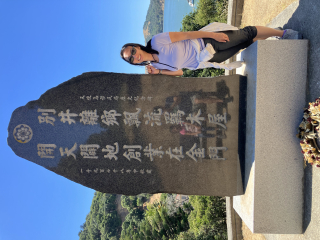