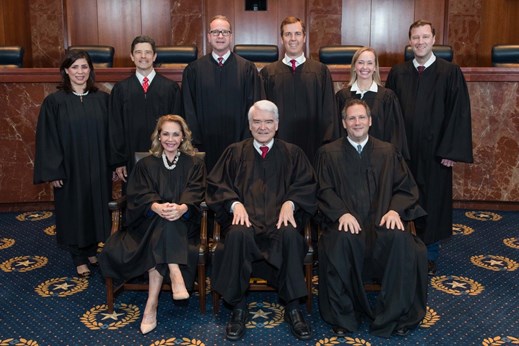 Chuck Lindell for the Austin American-Statesman reports on a June 17 Texas Supreme Court decision involving the licensing of detention centers.   The court in a per curiam opinion revived a lawsuit challenging a state rule that allowed two immigration detention centers to house asylum-seeking families in the same bedroom with unrelated adults and children.

The high court rejected a court of appeals ruling that tossed out the lawsuit after determining that a group of immigrant mothers and the nonprofit Grassroots Leadership lacked standing to sue.  The court found that the standing requirement was satisfied by the concrete injuries, including the risk of harm and privacy violations:

"The plaintiffs have alleged that at least one detained child was sexually assaulted by an unrelated adult with whom she shared a room. . . . Based on this concrete allegation, the plaintiffs allege harm in the form of increased risk of such assaults to minor detainees sharing rooms with unrelated adults, as well as the invasion of the children’s privacy from such room-sharing."

As described in Lindell's report, "[t]he legal controversy began in 2015 when a federal judge blocked the two immigration detention centers from holding asylum-seeking families because they didn't have child care licenses, prompting Texas officials to adopt a new licensing rule that granted an exception to a rule against housing unrelated people in same bedroom."