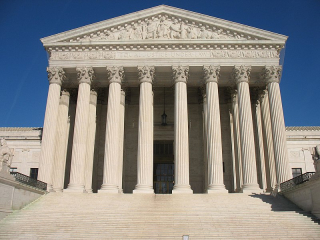 In a decision released on Tuesday, United States v. Taylor, No. 20-1459, the U.S. Supreme Court ruled 7-2 in favor of Justin Taylor that an attempted Hobbs Robbery is not a “crime of violence” because it lacks an element of use of force. The decision has important implications not just in the context of criminal sentencing law, but also in immigration law where the categorical approach is applied.

The Taylor decision, delivered by Justice Neil Gorsuch, addressed a conviction under 18 U.S.C. § 924(c), which enhances the criminal punishment for those who commit a “crime of violence” while carrying or using a gun. Under § 924(c), a federal felony qualifies as a “crime of violence” if it has an element the use, attempted use, or threatened use of physical force against the person or property of another. (It also qualifies under the so-called residual clause which includes offenses that involve a substantial risk of physical force, but the Court found that clause unconstitutionally vague in United States v. Davis, 588 U. S. ___ (2019).)

The decision is yet another strong endorsement of the Court’s categorical approach, which the Court explains “does not require—in fact, it precludes—an inquiry into how any particular defendant may commit the crime. The only relevant question is whether the federal felony at issue always requires the government to prove—beyond a reasonable doubt, as an element of its case—the use, attempted use, or threatened use of force.” In an extended discussion, the decision also revisits the Court’s decision in an important immigration-related categorical analysis case, Gonzales v. Duenas-Alvarez, 549 U. S. 183 (2007), in which the Court looked to state decisional law and asked if there was a “realistic probability” that the state would apply a statute “to conduct that falls outside” the generic definition.

The two dissenters are Justice Clarence Thomas and Justice Samuel Alito, who wrote separately. Citing to Alice in Wonderland, and arguing that the Court should focus on what Mr. Taylor “actually did,” Justice Thomas wrote that the Court’s ruling “exemplifies just how this Court’s ‘categorical approach’ has led the Federal Judiciary on a ‘journey Through the Looking Glass,’ during which we have found many ‘strange things.’” Justice Alito, for his part, agrees with Thomas, but argues that Mr. Taylor’s conviction meets the definition of a crime of violence.