Immigration Article of the Day: Due Process in Removal Proceedings After Thuraissigiam by Diana G. Li 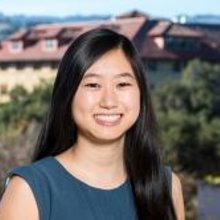 The Immigration Article of the Day is "Due Process in Removal Proceedings After Thuraissigiam" by Diana G. Li, published in April 2022 in the Stanford Law Review.

Here is the Abstract:

It is well established that Congress wields plenary power over the admission of noncitizens at the border. But when the government removes noncitizens who have already entered the country, including those who did so without lawful admission, the
boundaries of its power are less clear. The Supreme Court confronted this issue in Department of Homeland Security v. Thuraissigiam. There, the Court rejected an asylum seeker’s attempt to challenge his removal proceedings under both the Suspension Clause
and the Due Process Clause. While scholars have focused on the Suspension Clause
holding, this Note focuses on the Due Process portion of the opinion, which held that
Thuraissigiam had no procedural due process rights because he had made it only twenty-five yards inside the border. Beyond that core holding, the opinion also implied two additional principles: first, that whether a noncitizen facing removal can claim procedural due process rights may depend on the existence of “established connections” with the United States, and second, that those due process rights are contingent on lawful admission.

This Note argues that lower courts should limit Thuraissigiam’s holding to its facts and avoid giving legal force to those two principles, which were arguably dicta. Courts should not read Thuraissigiam as an invitation to subject noncitizens’ constitutional rights to nebulous ties-based tests or to pin those rights to the ever-changing statutes and regulations that govern admission. Instead, courts should affirm the longstanding principle that all noncitizens who have successfully entered the United States enjoy procedural due process rights in their removal proceedings, regardless of whether they obtained lawful admission. In addition to preserving the fundamental constitutional rights of noncitizens already within our borders, this position reconciles Thuraissigiam with Supreme Court precedent, which has generally recognized that those noncitizens are entitled to procedural due process rights with respect to their removal.