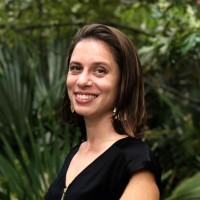 One argument for limited local police involvement in immigration enforcement is public safety -- that immigrants will more likely trust police and cooperate in crime prevention if they do not believe that they may get removed if they talk with police.  KUT, Austin Texas's NPR station, reports on a recent study that supports the public safety argument for sanctuary cities.   The study shows that counties that adopted certain sanctuary policies related to undocumented immigrants around 2014 saw a drop in both property and violent crime

In 2013, U.S. Immigration and Customs Enforcement implemented a “Secure Communities” tool to notify ICE's Law Enforcement Support Center when anyone fingerprinted by local law enforcement matched the biometric information of someone who could be deported.

Counties that didn’t cooperate with ICE’s requests to detain undocumented immigrants or notify the agency upon their release from custody were considered “sanctuary counties” in a paper by Marta Ascherio.  The paper is entitled "Do sanctuary policies increase crime? Contrary evidence from a county-level investigation in the United States." Here is the abstract:

"Immigration and Customs Enforcement (ICE) has rolled out a series of programs that leverage local and state resources to detain and deport undocumented immigrants. There is little understanding, however, about the public safety consequences of mobilizing local police to enforce immigration law. I use ICE administrative records, Uniform Crime Reports, and American Community Survey population estimates to investigate whether and under what circumstances local immigration enforcement is associated with property crime and violent crime. Results show that crime trends in sanctuary and non-sanctuary counties were not significantly different in the first decade of the 2000s. However, after the proliferation of sanctuary practices around 2014, both property crime and violent crime decreased more in sanctuary counties than non-sanctuary counties, net of other predictors of crime. Further, a pooled cross-sectional analysis of 2013–2016 data shows that sanctuary practices strengthen the inverse relationship between proportion foreign-born Latino and property crime, and reverse the positive relationship between proportion native-born Latino and property crime. I theorize that this occurs because sanctuary practices encourage immigrant political integration, have positive spillover effects to non-immigrant Latinx communities, and increase social harmony."

The study shows a drop in crime in sanctuary counties.