The Violent Defense of Whiteness

The tragedy of the hate crimes this weekend in Buffalo, New York remains in the national spotlight.  The killer apparently was an adherent of the "Great Replacement Theory" positing that elites are brining immigrants to the country to replace whites.  The theory until this weekend was a staple of Fox News.

Kathleen Belew in the New York Times insightfully observes that

The great replacement is the latest incarnation of an old idea: The belief that elites are attempting to destroy the white race by overwhelming it with nonwhite groups and thinning them out with interbreeding until white people no longer exist. This idea is not, at its core, about any single threat, be it immigrants or people of color, but rather about the white race that it purports to protect. It's important to be cautious and not too credulous when reading the writings of assailants in attacks motived by race, but we should note an important pattern: their obsession with protecting white birthrates.

For decades, white power activists have worried about their status as a majority. They see a looming demographic crisis, and talk about when their community, town or the United States will no longer be majority white. Even when demographic change slows, this fear has not abated."

Belew is the author of Bring the War Home: The White Power Movement and Paramilitary America (2018). 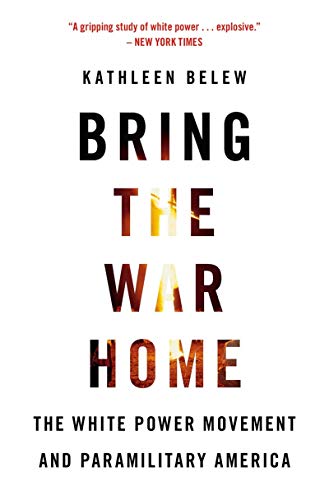