Immigration Article of the Day: Who Is an American Soldier? Military Service and Membership in the Polity by Jin Niu 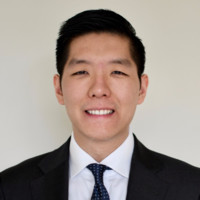 Who Is an American Soldier? Military Service and Membership in the Polity by Jin Niu, New York University Law Review, Vol. 95, No. 5, 2020

The military is one of the most powerful institutions to define membership in the American polity. Throughout this country’s history, noncitizens, immigrants, and outsiders have been called to serve in exchange for the privileges of citizenship and recognition. At its height, the idea that service constitutes citizenship—which this Note calls “constitutive service”—successfully transformed a group of “perpetual foreigners” to “citizens.” Until 1952, individuals of Asian descent were categorically excluded from the polity, a barrier that ultimately crumbled after Asian Americans rendered a long history of military service, beginning with the War of 1812, to the Civil War, then to the two World Wars. Yet, precisely because military service is so transformative, the United States over the past decade has imposed both formal and informal restrictions barring certain groups of people from serving, among them individuals who are gay, transgender, undocumented—and to a lesser extent—women and Muslim Americans. These restrictions are reminders that the United States continue to debate who is fit to be an “American,” and therefore, an “American soldier.”