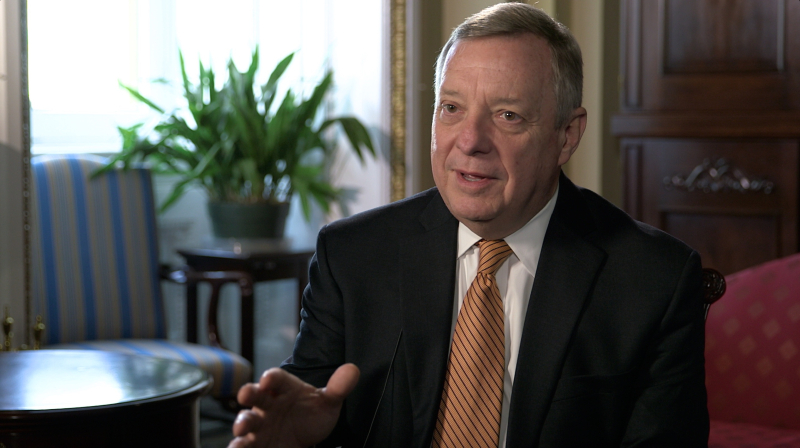 Immigration reform has been discussed off-and-on for two decades or so.  Recently, members of the Congressional Hispanic Caucus discussed immigration policy with President Biden.  No one is getting their hopes up too high but a few U.S. Senators last week engaged in preliminary discussions of reform.

Suzanne Monyak on Roll Call reports on the bipartisan group of senators who have initiated efforts to discuss reform of the U.S. immigration laws. Senate Judiciary Chairman Richard J. Durbin (D-IL), and members Senators Alex Padilla (D-CA), Thom Tillis (R-NC), and John Cornyn (R-Texas), met this week to discuss which immigration bills could garner 60 votes, the minimum needed to overcome a filibuster. The senators said they discussed changes for migrant farmworkers,  workers caught in the visa backlog, and children who grew up on legal visas but “aged out” before visas became available.

According to the story, "some senators expressed encouragement that talks had restarted, after a similar series of bipartisan immigration talks broke down last year."  Senator Cornyn described the conversation as a “very candid and useful discussion” where they talked about “the politics of this, and the challenges we’ve had in the past dealing with immigration.”  “I’ve been here for a while now, and we’ve never failed to fail when it comes to immigration,” (bold added).  Cornyn said. “So I’m hoping this time is different.”

They actually came very close in 2014. Had Eric Cantor not lost his re-election bid... https://www.politico.com/story/2014/06/2014-virginia-primary-eric-cantor-loss-immigration-reform-107697