Here is where America's immigrants come from

A feature by Reid Wilson in The Hill higlights annual report data from the Department of Homeland Security showing that the number of immigrants to the US decreased during the pandemic from nearly every region of the world. Some key facts:

The full report and maps are worth a look. 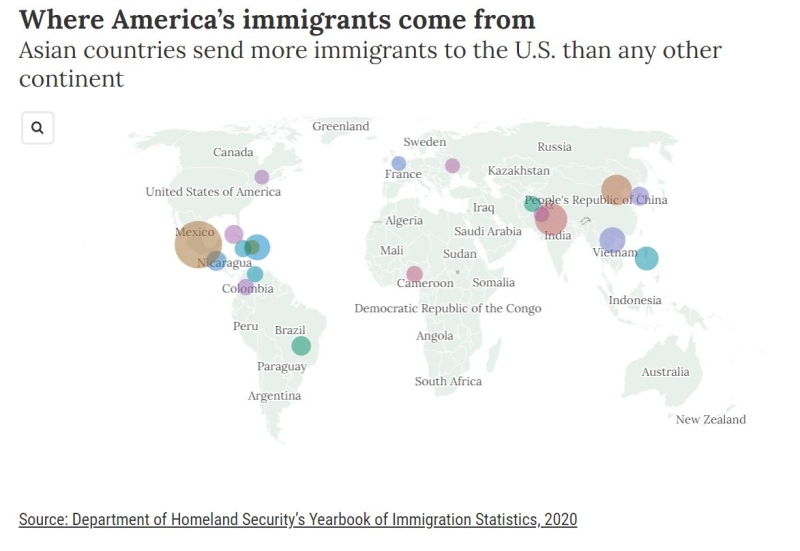