Let's start with JD Vance. Actual author and would-be Ohio Senator, Vance recently opined that there are many reasons to impeach President Joe Biden. Among those, Vance said: "The thing that I think Biden has done that is genuinely unprecedented in the history of this country is to sanction, encourage and pay for an invasion of this country." 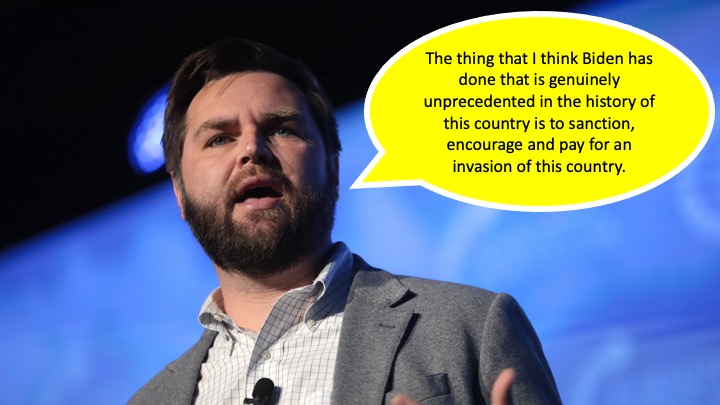 Phillip Bump, a WaPo analyst, examined this statement, concluding Vance's argument is "not the strongest."

One thing Bump considers is how Biden's numbers compare to those of President Bill Clinton. Why? Well, Vance brought Clinton up, saying: "A lot of negative things I could say about Bill Clinton, but Bill Clinton did not allow an invasion on this scale.” Here's what Bump concludes: