TRAC Immigration reports on a disturbing trend that must be addressed one way or another -- the increasing backlog of cases in the immigration court system.  There are a variety of alternatives, including a dramatic increase in immigration judges to make it possible to fairly adjudicate the claims, radically reforming the immigration courts, or perhaps appropriately resourcing them.  As Paul Schmidt, former chair of the Board of Immigration Appeals has argued, the problematic immigration court system has been left intact by Democratic and Republican Presidents.  Unfortunately, the quick fix, which President Trump resorted to, is resorting to more summary removals and their equivalent (such as case quotas).

The latest TRAC report states that the number of cases pending in the immigration courts "at the end of December 2021 reached 1,596,193 — the largest in history. . . .  At the start of the Bush administration the backlog stood at just 149,338. By 2008, the backlog had grown substantially and continued to grow under President Obama. And it only accelerat it only accelerated under President Trump. But in recent months, the rate of growth has exploded. See Figure 1." 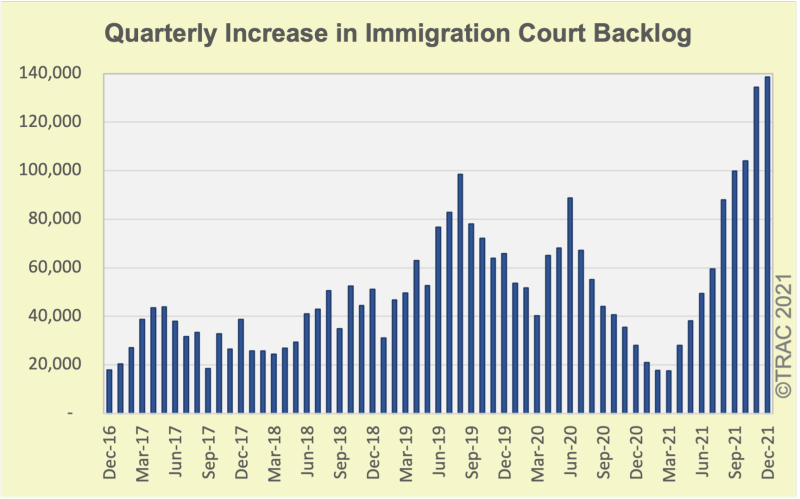