Immigration Article of the Day, The Unexamined Law of Deportation, by David Hausman 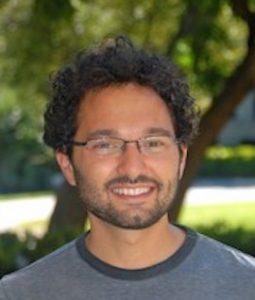 The Immigration Article of the Day is "The Unexamined Law of Deportation" by David Hausman, forthcoming in 2022 in the Georgetown Law Journal. Here is the abstract from SSRN:

Prioritization by criminality, in which noncitizens who have been convicted of serious crimes are deported ahead of those with little or no criminal history, is the most consequential principle governing who is deported from the interior of the United States. That principle of internal administrative law has rarely been questioned. This Article argues that, intuitive as prioritization by criminality may appear, it is only rarely justifiable.

I show, empirically, that the interior immigration enforcement system is successful at such prioritization. Being convicted of a crime makes deportation at least a hundred times more likely. And I show that center-left attempts to reduce deportations over the last decade have sharpened this prioritization: both sanctuary policies and President Obama’s Priority Enforcement Program, which caused the two largest reductions in interior immigration enforcement in the last decade, prioritized deportations by criminality.

Because well under one percent of undocumented noncitizens are deported in any given year, some principle for prioritizing enforcement is needed—but criminality should not be the primary principle. First, the crime control rationales for punishing noncitizens more severely than citizens convicted of the same crime are surprisingly weak. Second, the immigration policy rationale for prioritization by criminality is strongest among recent entrants to the United States. The longer a noncitizen has lived in the United States, and the stronger his or her ties here, the less deportation resembles a retroactive admission decision and the more it resembles additional punishment. Finally, the relationship between ties and criminality is asymmetric: there are better arguments for deporting people with weak ties and no convictions than for deporting people with strong ties and serious convictions.

If noncitizens convicted of crimes were mostly recent entrants, then the current prioritization might make sense. But the limited existing evidence on deportees’ ties to the United States suggests that prioritization by criminality leads the government to target people with deep roots in this country. The result is that interior immigration enforcement functions more as a method of social control of noncitizen residents than as a tool of immigration policy.

This is an argument that has long needed a spokesperson. Thank you!