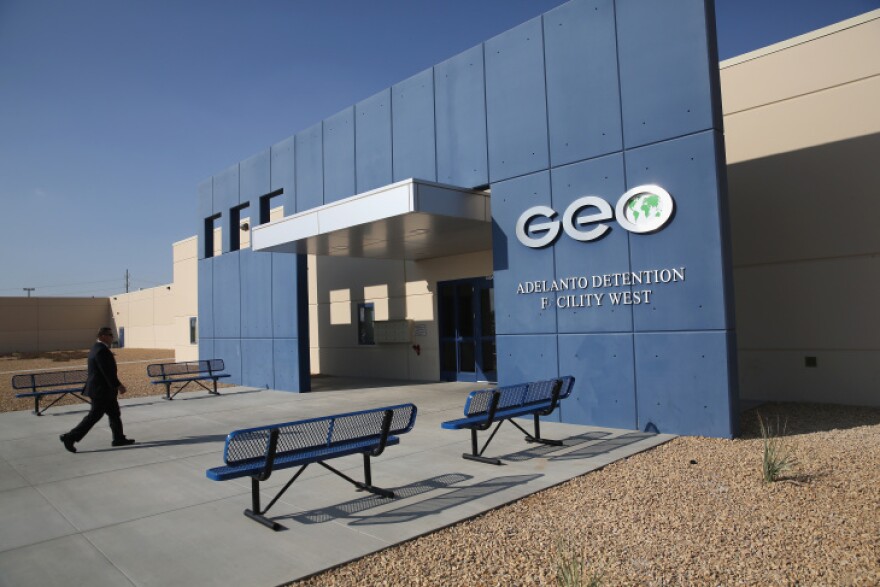 The Shut Down Adelanto Coalition has issued the following press statement regarding the recent release of individuals from the Adelanto ICE Processing Center:

Adelanto, CA – On Friday, December 3rd, 8 immigrants were released from the Adelanto ICE Processing Center, located in the city of Adelanto, California. In total 26 immigrants have been released since last Friday. Local organizations have gathered information from attorneys and immigrants themselves who say these releases have been expedited and sudden.

Immigrants have been told by staff that ICE is planning on releasing dozens more immigrants this week. US Immigration Customs and Enforcement (ICE)  is working quietly and quickly to empty the facility by December 20th, to remodel the facility and prepare for new incoming individuals. Immigrants still detained have said that ICE plans to bring in around 400 new immigrants into the Adelanto Detention Facility.

The Shut Down Adelanto Coalition issued the following statement,

“This situation further proves that ICE has the discretionary power to release individuals from their custody. Prolonged detention is completely unnecessary, traumatic, and costly. Families, attorneys, and advocates demand full transparency from ICE and GEO Group in order to reduce harm to immigrants and reunify immigrants with family and sponsors. Transfers and deportations are unacceptable and the only appropriate release is to the community. Now is the time for the Biden Administration to live up to its promises and end its contracts with ICE and the GEO Group. The Adelanto Detention facility must be shut down for good.”

An immigrant released Friday from the Adelanto Detention Facility stated the following,

“The way immigrants are being treated inside the Adelanto Detention Center is horrible, we are complaining to ICE and GEO but no one is listening. Every day we submit grievances but the person in charge ignores us. ICE violated the order to hire a cleaning crew, we were the “cleaning crew” for over a year and got paid $1 a day. They are abusing immigrants physically and mentally, breaking the law every day, and no one is being held accountable for this. The Adelanto Detention Center must be shut down, all immigrants need to be freed and need justice, and ICE and the GEO Group need to be held accountable for all the abuse and mistreatment they have done for over a decade. Now that immigrants are being released, it is time for this deadly detention center to be shut down.”